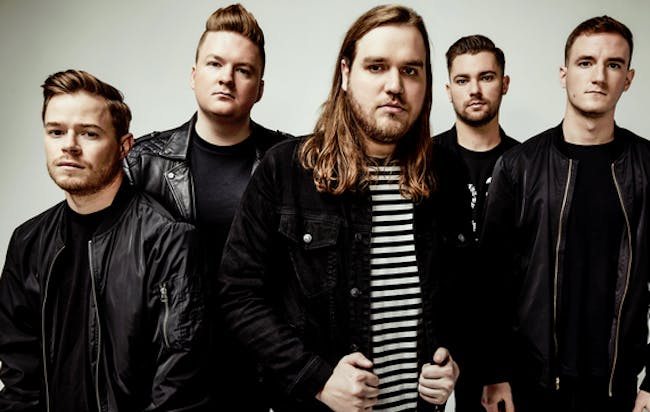 iCal
Google
Wage War LIVE with Like Moths To Flames, Polaris, and Dayseeker

With over five years of unmatched determination, the culmination of five Florida musicians' effort is ready to be unleashed. Guitarist/vocalist Cody Quistad and guitarist Seth Blake met in high school when they discovered that they shared musical interests, and started jamming soon thereafter. In 2013, the duo encountered vocalist Briton Bond and, shortly after, bassist Chris Gaylord and drummer Stephen Kluesener were incorporated into the mix. The line-up alone of Ocala, Florida's Wage War sheds a more-than-welcome light on the importance of a solid foundation built upon evolving musicianship. Wage War marks their territory with from-the-heart lyrics and thrashing beats that transcend to a community who understands the trials and tribulations of growing up all too well.

In fact, Wage War IS that community, as Quistad explains, "A lot of the themes in our songs are about growing up to be a productive person, and dealing with the real things that can happen in life and coping with circumstances that could be problematic,"says Quested. "The first single we're releasing, 'Alive,' is an anthem to all the naysayers out there that are always talking about our generation being a bunch of losers."

Blueprints, the band's debut album co-produced by A Day To Remember's Jeremy McKinnon along with Andrew Wade, resounds with all of the tension and ingenuity of its creation. The band delivers 11 tracks of uncompromising multi-dimensional metalcore, filled with high-intensity rhythms, battering drums and blazing guitars, tempered with tuneful vocal passages. Crushing breakdowns alongside a combination of roaring and melodic vocals prove powerful enough to level a small village. Yet, Wage War aren't focused solely on destruction.

"The goal of Blueprints was to establish a foundation," Quistad says. "It';s our first record and our first chance to show people what we're about. So we really went all out to deliver the best songs we could possibly write and play them to the best of our ability. I think a lot of people are going to be surprised."

Like Moths to Flames is an American metalcore band from Columbus, Ohio. The band has released four full-length albums, a 7", and one extended play through Rise Records.