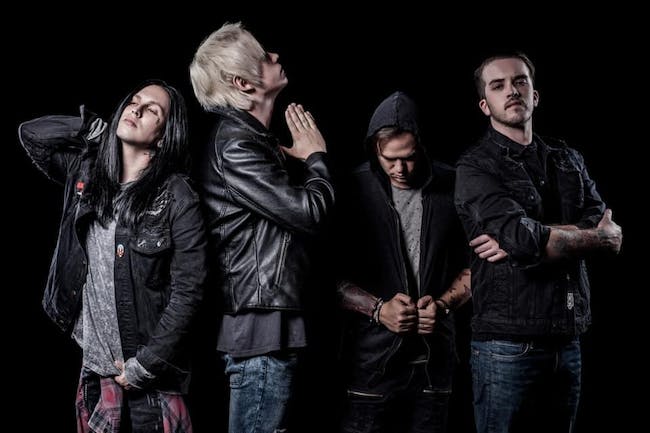 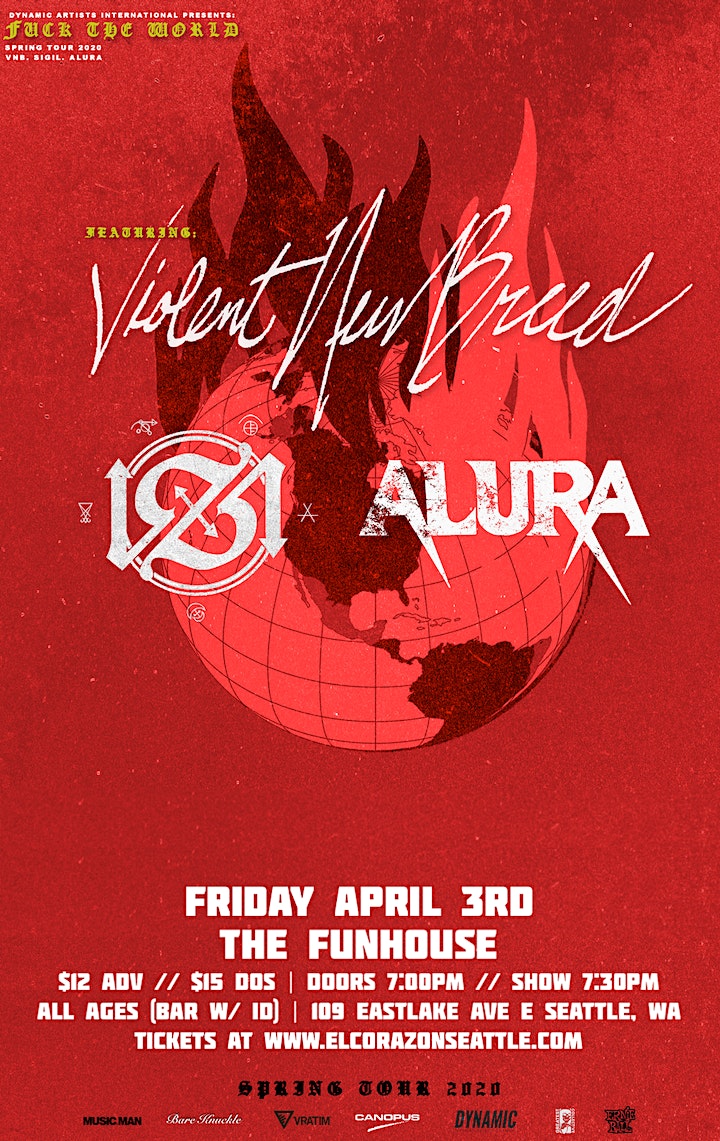 Maxwell Scott Green conjures all the demons, angels, broken dreams, persistent hopes, makeup-and-sweat-smeared rock n’ roll spirit, hard living, setbacks, and victories that’s driven him through good times and bad, and pours it all into VIOLENT NEW BREED. He’s laid his heart and soul bare like never before with incredible Modern Rock anthems, full of the dark edge of his past but simultaneously soaring into a welcoming, all-inclusive, broad reaching light.

“I’ve never been one to try and put a label on myself or what I'm creating. To me that's immediately putting an expiration date on yourself and your work while simultaneously taking away the most crucial and important freedom of your fans… and that's their opinion. I never want to alienate the fans who've joined in and stuck with me from the start, but I also very much want to keep growing and keep branching out and connect with as many new fans as I can because that's what it's about for me. I love a big catchy mainstream chorus, and I also love a lot of different styles of heavy metal. As long as you can feel it, and it takes you on a ride... that's all that ever matters."

VIOLENT NEW BREED burst fresh into the world imbued with the charisma, cleverness, boyish charm, and devilish outlaw personality that’s defined Green’s livewire career since he cofounded Escape The Fate in his teens.

Green remembers the exact moment VIOLENT NEW BREED called to him from some sort of almost supernatural ether. It’s an image the frontman for the newly crystalized modern rock/metalcore powerhouse can instantaneously summon.

In a heartbeat, the memories from one of a handful of turbulent periods in the young musician’s life re-emerge, like a true antihero’s origin story. Green was in the midst of making what would become the self-titled third album from Escape The Fate, the Las Vegas band he cofounded with some of his closest friends.

Everything was going very well from the outside. Green’s old band was working with mega-producer Don Gilmore (Linkin Park, Good Charlotte), collaborating with outside songwriters like John 5 (Rob Zombie, Marilyn Manson) and legendary Mötley Crüe guitarist Mick Mars, and under contract to DGC/Interscope Records. Music videos for songs like “Situations,” “The Flood,” and “Ten Miles Wide” gathered over 100 million views on YouTube from diehard fans that packed venues, followed the guys on social media and lived for the music. But something wasn’t right. Green could just sense he was over it.

“I just had this feeling inside of me. I felt like I had this calling,” he remembers. “I knew I had to do something else. I was cool with all of the guys, but I just wasn’t feeling it anymore. I wasn’t happy going onstage or anything. It was clear that the songs I was writing were taking a different course than the rest of the band. I knew I would do something else. And I knew I’d have to find the right people.”

A half million people watched Green’s reconciliation with Escape The Fate’s former frontman, Ronnie Radke, presented as a series of videos by Alternative Press. Green had devoted time to getting his personal life together and later rejoined ETF and then Falling In Reverse for brief periods. But ultimately, the pull to realize his own vision for VIOLENT NEW BREED was too strong to ignore.

“I knew it was time to pull the trigger,” he says. “I had been thinking about it for so long. I had 50 songs on my laptop. I needed to start showing them to people. I needed to get into a studio, record them for real, and get the right dudes behind me. It’s rad to see it come to life, slowly but surely, safely and successfully.”

Part of ensuring VIOLENT NEW BREED came to fruition as closely to Green’s vision as possible was maintaining the level of authenticity and realism the singer/guitarist’s fans have come to expect from years of listening to his creative output, reading his interviews, watching him onstage, and following him on social media. There’s no shortage of subject matter for Green to call upon from his own life. The band’s songs touch on triumph from adversity and the self-satisfaction of proving the odds and the naysayers wrong. There is material that mines his complicated relationship with substance abuse and addiction. One song is written from the perspective of his mother, who suffers from Alzheimer’s disease. He immersed himself in true crime stories to write from a killer’s perspective.

“I want to make records that take the listener on a journey,” he says. “I write about things I’ve been through, or things I’ve studied and contemplated. I don’t ever want to come across like I’m just trying to put together a bunch of cool words. It’s one of the reasons why I’m still lucky enough to have a lot of fans. They know when I say something, or do something, good or bad, it’s real.”

As the founder, frontman, and leader of VIOLENT NEW BREED, Green is cognizant of the major responsibility he’s taken on for his fans, new listeners, and the super enthusiastic incredibly talented band members he’s invited into the fold. In stepping up from bassist/collaborator to lead singer/guitarist, he’s not only met every challenge thus far, he’s eagerly ambitious about his continued growth.

“I spent so much time putting this together, staying busy, writing songs, finding the right people to be in it. I realized there’s nobody to the left or to the right of me, so to speak. There’s nobody there,” he says. “I can say this is something I wanted and craved for a long while. Whether I’m talking about my life in general or VIOLENT NEW BREED, this is me, 100%, putting myself out there. And I love it.” 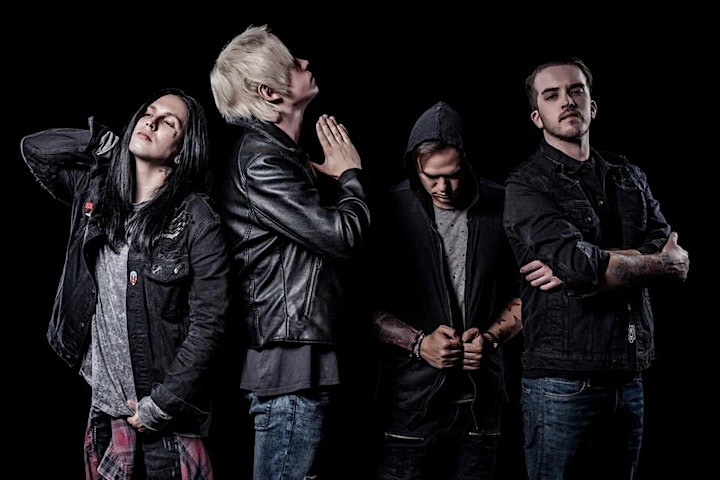 Emblems and sigils have been used for centuries in magical rites as a means to display a specific meaning. Sigil is a presence that resides within all of us. Dark, ominous and consuming, Sigil represents the embodiment of such forces existing cohesively together and composing eerie works of art like you’ve never seen or heard before. 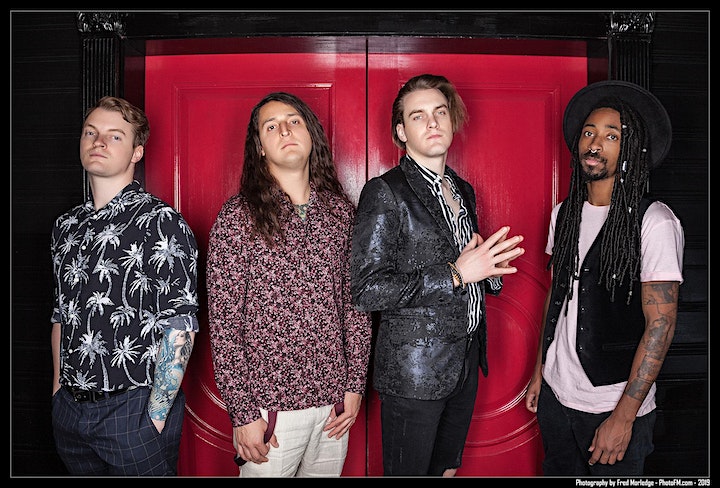