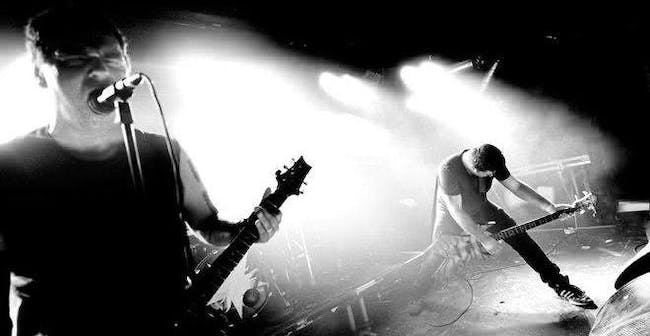 Today Is The Day

iCal
Google
Today Is The Day at The Funhouse 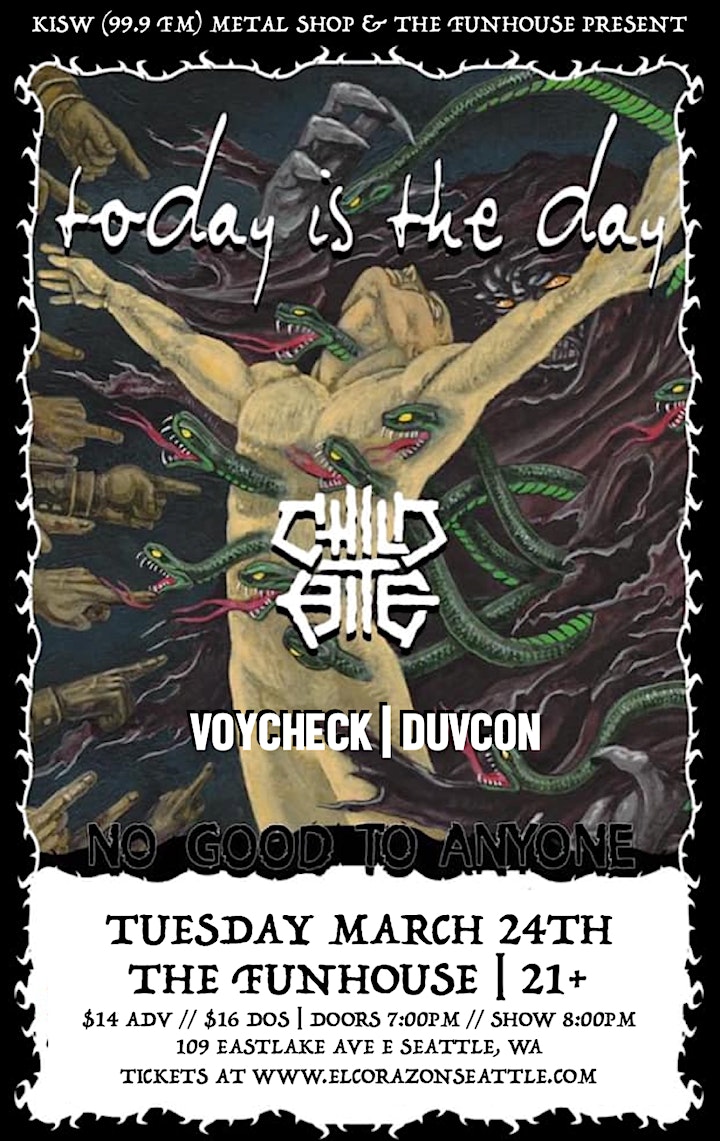 TODAY IS THE DAY

Led by visionary frontman Steve Austin, Today Is The Day reigns as one of the most unique and influential bands of the past two decades. The band's violent and anthemic style, which blends metal, noise, psychedelia, and rock, has won worldwide acclaim ever since the debut album, Supernova, first hit in the early 90s. Ten studio albums have been released on such labels as Southern Lord, Amphetamine Reptile and Relapse -- including modern-day classics like Willpower, Temple of the Morning Star, and In the Eyes of God -- and the band's lineup has included such musicians as Brann Dailor and Bill Kelliher, who would later go on to form Mastodon. Today Is The Day has toured the world with Motorhead, Helmet, The Melvins, Morbid Angel, Converge, Napalm Death, Neurosis, Eyehategod, Unsane, and many more. Steve Austin has also made a name as a producer, helping create seminal albums for Lamb Of God, Converge, Deadguy, and more. 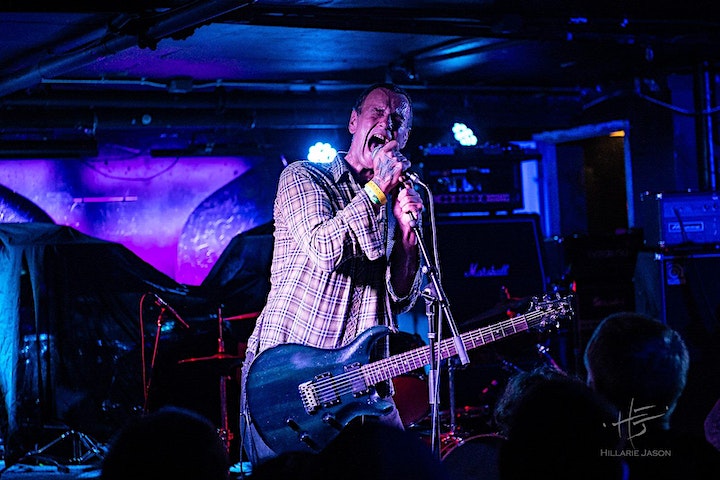 Formed 15 years ago, art-rock-turned-punk/metal mutants CHILD BITE have forged a unique path through the underground musical landscape. Their current formation, consisting of vocalist Shawn Knight, bassist Sean Clancy and guitarist Jeremy Waun, produce a sound directly informed by legendary pioneers such as Dead Kennedys, The Jesus Lizard, Voivod and Faith No More. Aggressive, anxiety-inducing songs that deftly balance their early-'80s-hardcore-meets-'90s-alt-rock/metal influences while never losing sight of the goal; creating unique, memorable songs. With four full-lengths, countless EPs and a two-disc anthology under their belt, as well as an Albini-engineered 5th LP due late 2019, these Detroit natives show no signs of slowing down. To date, CHILD BITE have played nearly 1000 shows throughout North America, Europe and Australia, including tours supporting renowned artists such as Down, Voivod, Negative Approach, Superjoint, Poison Idea, and Unsane. 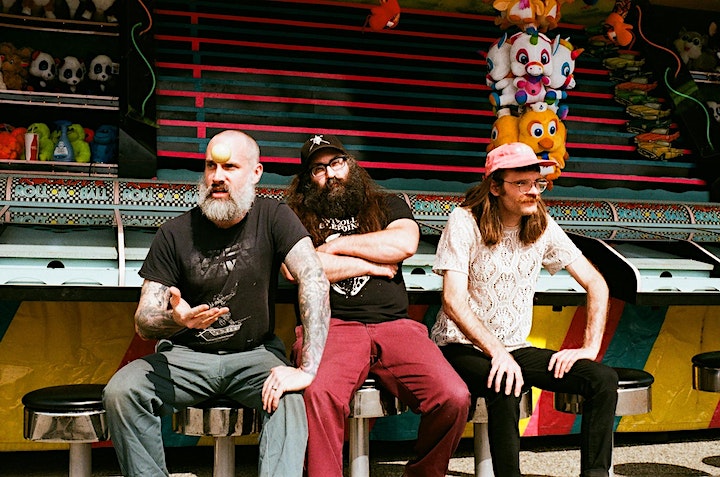 Voycheck is an explosion in waiting: an unlit Molotov cocktail, a handgun with the safety on, a clock with a riot inside of it…a fist as an open hand. You know what it’s for, but how it’s used is all up to you. For now, let’s call Voycheck a Seattle-based Noise Rock Band.

Voycheck, their name inspired by the Polish Army’s artillery toting brown bear, combine the great Dischord, Touch and Go and Amphetamine Reptile influences they grew up listening to with elements of Pro Wrestling, Marjoe Gortner, country and even a little James Brown to create a sound entirely their own. Driving basslines, propel their audio assault; guitars slide, riff and shake through while the drums lend focus and swing. The vocals rasp, holler and shake repetitious battle cries into the ears of the listener. A focused, utilitarian sound that is equal parts stripped down and polished, raw yet matured, is the result.

Voycheck’s debut full length #FuckingProfessional was released on May 16, 2017 through Bandcamp, iTunes, Amazon and other places people seem to trust with their money. It’s a collection of songs designed to take the listener on a journey through perilous times: how they start, how they happen, how they end. 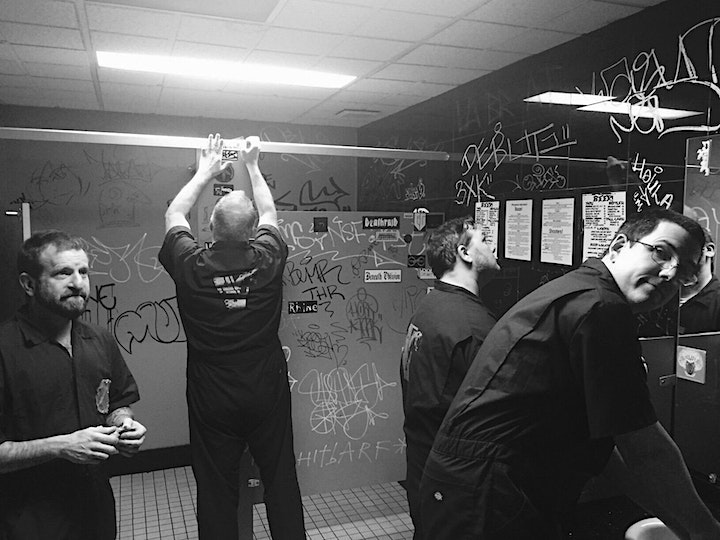 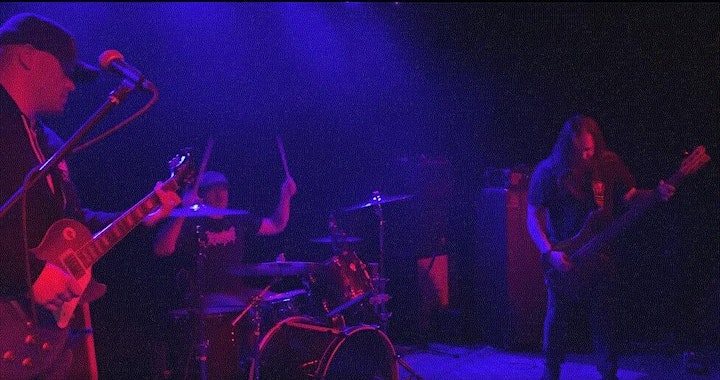