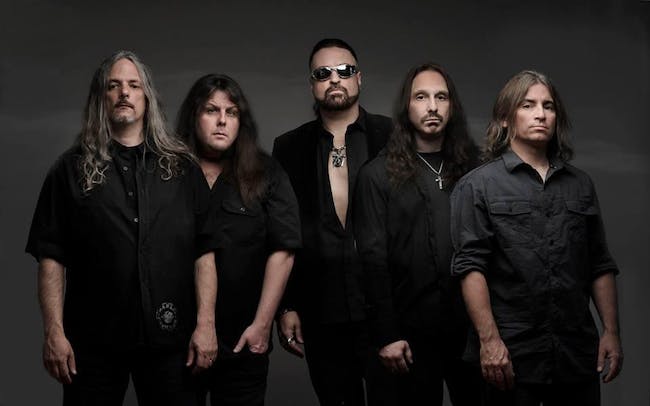 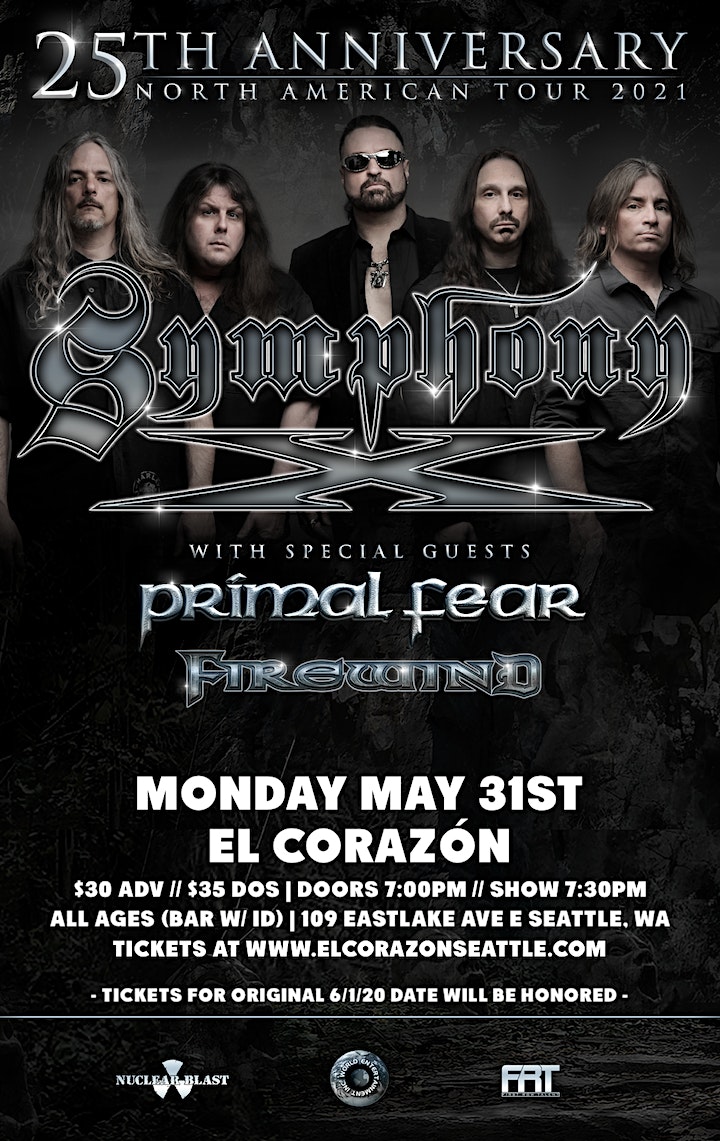 A distinct murmur went around the world in 1994 when a certain six-string guitarist from New Jersey named Michael Romeo of the prog band Gemini recorded The Dark Chapter demo and sent it out to record labels. It seemed the new guitar messiah of the coming 21st Century had made himself known to the world and he’d soon launch a new band that would stir up the prog genre. With an innovative mixture of heavy metal, progressive rock and neo-classical sounds, Romeo and his men in SYMPHONY X recorded a debut album (released in Japan in ’94; released worldwide in 1995) that began their journey to create a blueprint for the young generation of prog metal bands to follow.

The Damnation Game (1995) celebrated the debut of the band‘s second asset: the charismatic, deeply emotional and relentlessly aggressive vocals of Russell Allen. The Divine Wings Of Tragedy (1997) placed the emphasis on the band’s progressive approach and is still considered to be SYMPHONY X’s ultimate masterpiece. Twilight In Olympus (1998) livened up the band’s classical aspects with the instrumental ‘Sonata’ (which is based on the piano Sonata No. 8 ‘Pathétique’ by Ludwig van Beethoven). Via V: The New Mythology Suite (2000), the quintet delivered their first concept album at the turn of the millenium that dealt with the myth of Atlantis. Live On The Edge Of Forever (2001) was visual proof that the band could easily transpose their complex material onto the stage. Oriented towards the eponymous poem by English poet John Milton, the thrashing harshness of The Odyssey (2002) is said to be the band’s most aggressive album to date. Paradise Lost (2007) is the darkest and most gothic-like work in the band’s discography.

Considering this accomplished history of prolific creation, prog connoisseurs may ask themselves how SYMPHONY X could possibly go one better. The answer comes from the singer himself, Russell Allen: “Iconoclast delivers a summary of our previous work and a musical positioning of SYMPHONY X within the second decade of the new century.” Meanwhile, Michael Romeo raises the bar enormously with his guitar work: “This record will only become accessible to the listener after several runs. That was our purpose – otherwise we would have failed trying to create a multi-faceted and profound album that gives pleasure to our fans for a long time!”

‘Iconoclast,’ an opus of an eleven-minute opening track, leads off with convoluted, labyrinthine guitar parts that become smoothly interconnected. To comprehend its motives right away would be an achievement; this also remains true of the remaining 52 minutes of concentrated prog-power.

Whether it’s the straight rock track ‘The End Of Innocence,’ the ponderous and doom-like ‘Dehumanized,’ the dynamic ‘Bastards Of The Machine,’ the thrashing dark ‘Heretic’ (the most obvious cross-reference to the previous album Paradise Lost), or the virtuosic but brutal ‘Prometheus (I Am Alive),’ the fusion of musicality and the fascinating richness of detail shown here will make the listener ask whether Iconoclast should be considered a straight prog rock album or a classic rock record accentuated with elements of prog.

Apart from Romeo’s crazy and explosive outbursts on his six-string, one more very important ingredient shapes SYMPHONY X’s eighth studio album: the incomparable delicacy and depth of feeling expressed by Allen’s vocals. Paying tribute to his biggest idol, he confesses: “There is a lot of Ronnie James Dio between the lines!” The best evidence for it: the monolithic half-balladic heavyweight ‘Children Of A Faceless God’ (where Allen truly sings like a reincarnated Dio), the epically metallic ‘Electric Messiah,’ and the yearnful ache in ‘When All Is Lost’ with its wistful piano sounds, acapella vocals, and gorgeous acoustic guitars.

Iconoclast can definitely be referred to as a manifesto – a commanding declaration of an inventive blend of classic rock, straightforward heavy metal and ambitious prog. These are the elements albums destined for an eternity of praise are made of! 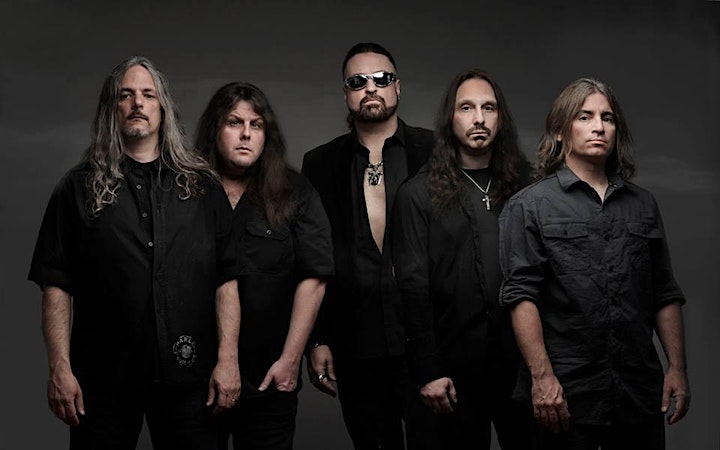 If your talking about today’s European top metal acts the discussion is heading straight towards Primal Fear. Former Gamma Ray vocalist Ralf Scheepers and bassist/vocalist Mat Sinner, two of the most respected German metal musicians founded the band in late 1997. They recorded their first Primal Fear songs for the Japan based record company JVC Records and signed a deal with JVC for their debut album some weeks later. Germany's best kept secret was soon a target for most of the European record companies and the band signed to Nuclear Blast Records in early 1998 for the rest of the world.

Their new album will be released in June 2020. 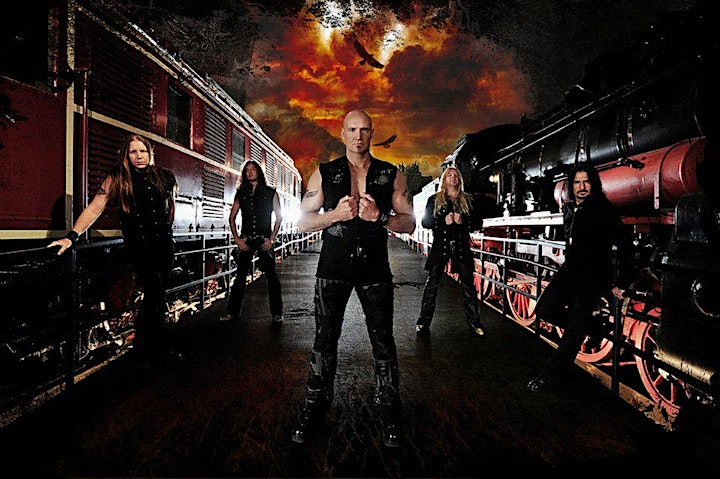 Time to wake the sleeping giant...

It’s been four years since Firewind released their critically acclaimed seventh album ‘Few Against Many’ but in that time the band and it’s various members have all been extremely busy. Main man Gus G. has released not one, but two solo albums, toured in support of both of them and hit the road once again with the ‘Prince of Darkness’, Ozzy Osbourne. His fellow Firewind band mates have also been far from idle too; but despite the prolonged break in activities Firewind was always going to return and 2016 will see the band back and blasting on all cylinders!

The band will return with live activities and a new singer. Henning Basse, a long time friend and collaborator of Gus’ is the man trusted to bring Firewind back to the masses. His rich, classic rock referencing vocals are the perfect foil for the wealth of material the band have been working on and he brings a reinvigorated power to the band.

Firewind return with a string of dates throughout 2016 as they prepare their brand new studio album. 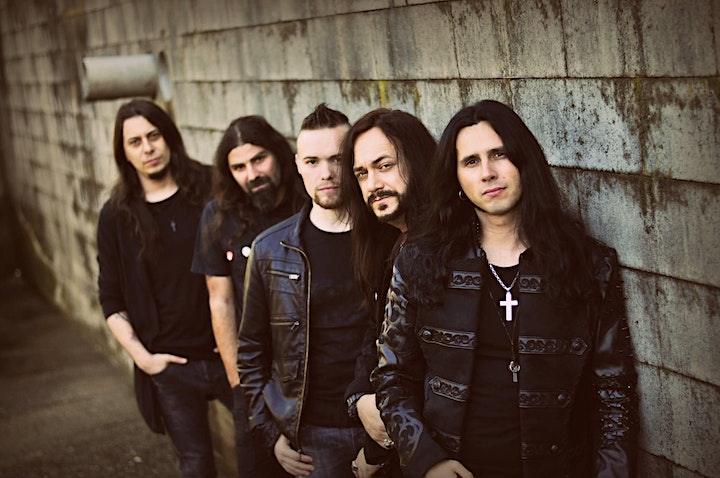