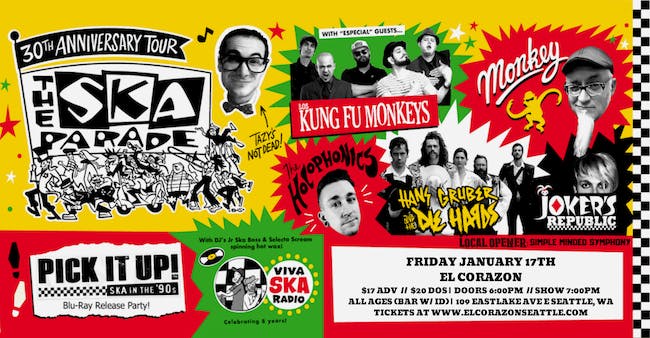 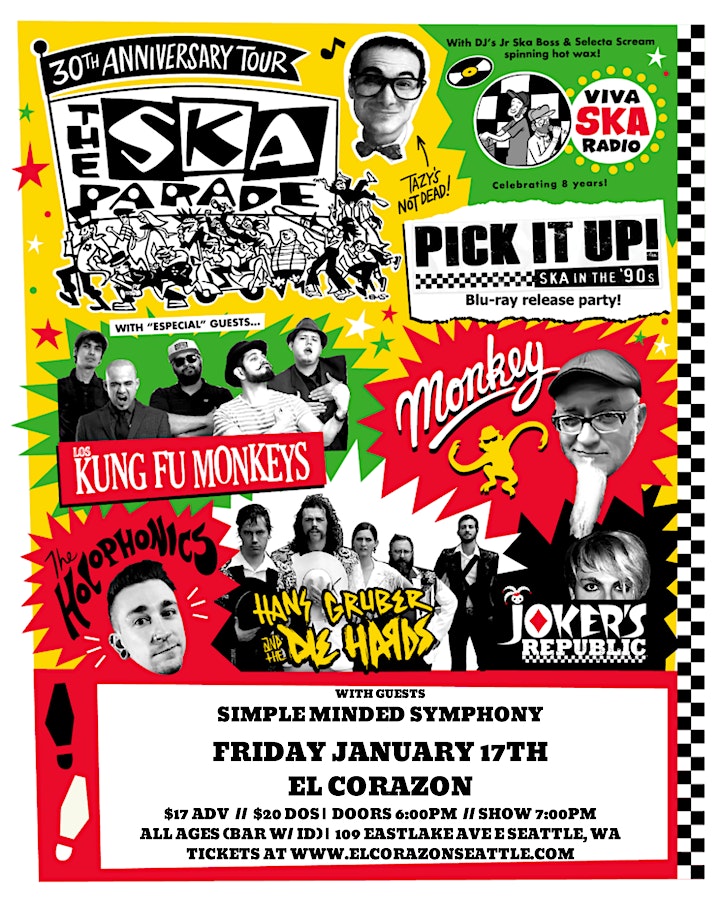 Los Kung Fu Monkeys are a ska punk band based out of Canada, U.S and Mexico. Formed in 1997 joined their talents and forces to start Los Kung Fu Monkeys. That same year the band recorded their first three-song demo which included songs like “Consecuencias” based on the excess of uncontrollable youth, costing them 10 dollars to record each song, and opening the doorway to being one of the top local and regional bands with such a loyal following that it caught the eye of Los Angeles-based now defunct label ONE SHOT RECORDS, who released their first album Rebuilding the World recorded in Love Juice labs in Riverside, California, U.S.A. in 2000. With the release of Rebuilding the World in 2001, they were brought to the attention of an international audience that it became the precursor and the beginning of what would be the path to endless touring throughout the world, starting their first with Union 13 (Epitaph Records) all over Mexico in 2001 with a sold out concert in Mexico City for more than 2000 people.

In 2002 they released the Para los que ya no estan E.P. limited to only 1000 copies that included a series of lost demos by Philco Raves of Mystic Records (punk label in the 1980s and 90s and producer of NOFX’s Maximum Rock and Roll Album), including a hidden track of AFI’s song “A Single Second” covered by Los Kung Fu Monkeys live at the Glasshouse in Pomona, Ca.

“End Transmission” was released in 2003, recorded, mix, mastered and produce by Mike Trujillo (Strung out, Chocking Victim, collaborator with Epitaph Records) and this album becomes the fuel to get the band to shared stage, tour Mexico and for the first time the U.S. with Voodoo Glow Skulls in 2004. Time passed, promotion still going on the album, and the band gets invited to take part on one of the most important punk festivals in the U.S. the “Vans Warped tour” in 2005 becoming the first Independent Mexican Band to be a part of the festival tour and getting a slot on the 2006 “Vans Warped Tour” Compilation with the song “Short Fuse”, also by this time the band records their first official music video for the song “Neglect” landing a month plus airtime on the National Mexican Music Television station TELEHIT.

This same year they released the self-titled album, this is the first album on their own label RIOT RADIO Records, taking this decision when the band got offered a deal from a label in Mazatlan, Mexico that the owners ended up being involved with drug trafficking, laundering money and being arrested by the authorities, leaving the band with no label and no way to release their album, so they took upon themselves to make this happen, the result, one of their most successful albums in Mexico, recorded, manufactured and distributed by the band itself, with 14 songs mostly in Spanish (one in English), and the sound and the fury of such songs like “Una y Otra Vez” caught the eye of European label Übersee Records who opened the doors for the band to release and tour Europe for the first time in 2007, going to France, Germany, Czech Republic, and Austria.

In 2008 LKFM was hand-picked by Dropkick Murphys directly to be their support band in all their Mexico dates, and also to be included in Guadalajara’s “Festival Extremo” with artist like Moby, Underworld, Maldita Vecindad, Stephen Marley and more.

In 2009 Übersee Records asked LKFM to release an EP exclusively for Europe, as a result they released the “Lobo Hombre in Paris” E.P. where they cover the iconic Spaniard pop band La Union with the song of the album title, also including another cover “Screaming at a wall” from the iconic legendary hardcore band Minor Threat, a remake of “Ciudad de Nadie” and 2 more unreleased tracks for the album that open the doorway to tour England, and Belgium for the first time as well as coming back to Germany, then coming back the tour the United States, and once again being picked to be the support band for NOFX’s Mexican tour in late 2009 Tijuana and Mexico city. By 2010 the band releases their first discography collection album “And they came from Tijuana…” recollecting almost all of their songs from their firs 3 full length albums and giving the opportunity for the band to play in Canada at the “Victoria Ska Festival” with bands like Fishbone and the Aggrolites, and tour once again the U.S.A.

2011 came and with 10 years of non-stop touring, being included in many important compilations, played with many important bands, and festivals, Los Kung Fu Monkeys return to the game and continue touring Europe once again now playing in the Netherlands, Slovenia, Slovakia, and Croatia for the first time, and coming back to Belgium, England, Germany and Austria once again, playing 4 shows of the tour with NYC’s The Slackers for a crowd of 2000 in Austria at the Arena.

2012 became the most important year of the band, after many years of proving that they are a Mexican Icon and Institution in Mexico, they get added to the most important rock music festival in Latin America “VIVE LATINO 2012” playing with Gogol Bordello, Foster the People, Café Tacuba, and MADNESS. A new record on the works for the first time this same year Los Kung Fu Monkeys release their first vinyl record a 7” 45 RPM split records with the Voodoo Glow Skulls on their own label Cafeina Riot Radio in Mexico touring to promote the release September and October. And also releasing a greatest hits record in Japan on ska in the world records

2013 saw the band tour Canada again with Jamaican Canadian singer Jah Cutta and sharing the stage with bands like the Planet smashers and Rude city riot. Also Returning to Mexico city to play a sold out headlining show at the famed Alicia venue.

2015 looks to be their best year putting out a new record with Canadian label Stomp Records and planning on touring for the 2015 release of the record and all of 2016.

Till this day Los Kung Fu Monkeys has toured in over 15 countries all over the world, Headlining, and also sharing the stage and bill with all the greats in the underground as well as the mainstream markets, mythical bands like The Misfits, Moby, Panteon Rococo, Mad Caddies, Voodoo Glow Skulls, Fishbone, Madness, The Toasters, The Aggrolites, NOFX, Dropkick Murphys, Enrique Bunbury, the Planet smashers, The Adicts and many more. 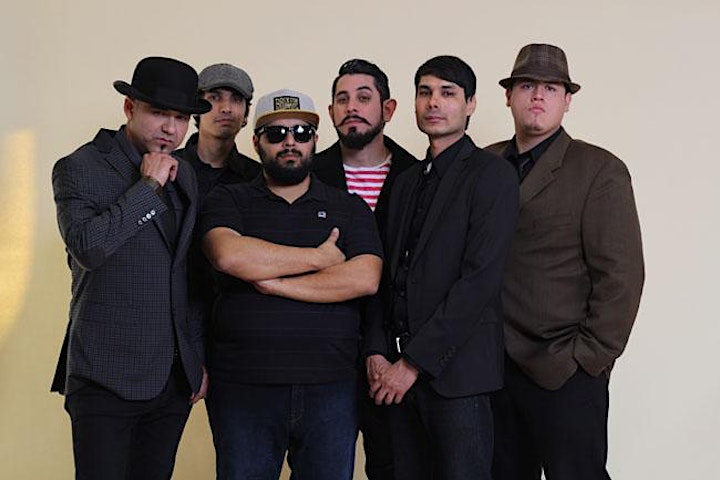 MONKEY is a 5 piece high-energy organ driven, Ska/Reggae group from the SF Bay Area. Intense live shows and rock-steady rhythms not only get the crowds dancing, it has won the band several awards, including the prestigious California Music Award (BAMMIE)!

MONKEY sets the pace for the local music scene. The band performs over 200 shows per year, while constantly recording and touring.

MONKEY has 5 full-length albums, and has also been featured on over 25 compilations, video games and film soundtracks, including the new independent horror-comedy Russ Meyer tribute “Pervert the Movie” on Stag Films.

MONKEY has supported world class acts like: Bad Manners, The Specials, The English Beat, The Skatalites, Fishbone, The Slackers, Hepcat and many more... 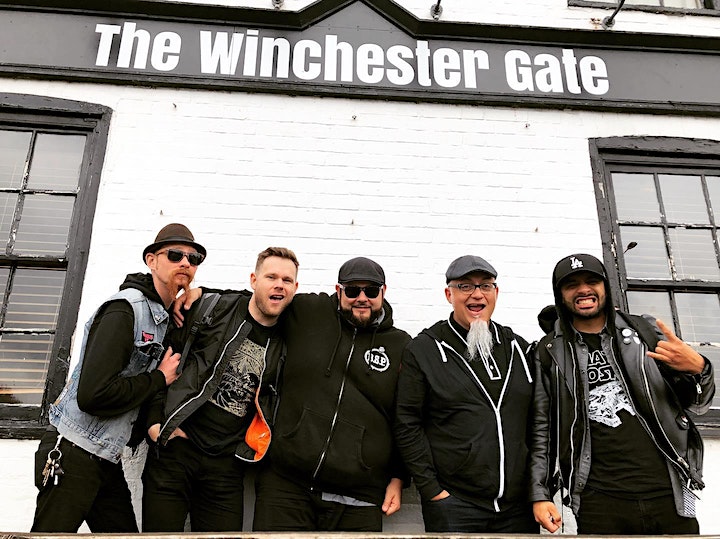 HANS GRUBER AND THE DIE HARDS

What happens when a guy who has the same name as the villain from Die Hard becomes roommates with a punk whose accomplishments include “bouncing around a mosh pit” and finding time to watch every episode of Street Sharks? They form a band, of course! Throw in a surprisingly coherent drummer (he was secretly a college Dean), a songwriting machine bassist with a liberal approach to fashion, manic hardcore tunes, some conspiracy-fueled paranoia, the occasional Harry Belafonte cover, and the result is Hans Gruber and the Die Hards!

Originally formed in 2014, the band soon became known in the local Austin music scene for their breakneck speed performances and energetic front man TJ. The band put out their first EP on February 14, 2016, teaming up with Kepi Ghoulie of The Groovie Ghoulies to throw a release party dedicated to the end of the world (as predicted in Ghostbusters 2). They then embarked on their first journey beyond Texas for the Totally Jawsome Tour, spreading the Gospel of the Gruberites to dive bars and DIY clubs along the East Coast.

2017 saw the release of the band’s first full length record. The 14 song album was recorded in a weekend at Austin’s Public Hi-Fi studios, and displays some of the band’s diverse influences. From the nihilistic hardcore anthem “It Just Doesn’t Matter” to the apocalyptic church-inspired “Blood Moon,” the album explores the themes of life, death, and taking senior citizens on a shopping trip to the moon. Kurt's wife, Rosey, contributed her saxophone skills to the first album, and after bringing her aggressively joyful spirit to the band's live performances, they couldn't help but add her as full time member. ​

The band has shown no signs of slowing down this past year with an official SXSW 2018 appearance followed by their longest tour to date in the fall to play THE FEST in Gainesville, Florida. They also completed recording for their next full length record which is expecting a release in 2019. Wherever the forces of darkness appear, whether it be the satanic consumption of Monster energy drinks, the reptilian overlords, or big ol' Texas trucks, Hans Gruber and the Die Hards will continue to party on. "Where will you be when they come!?" 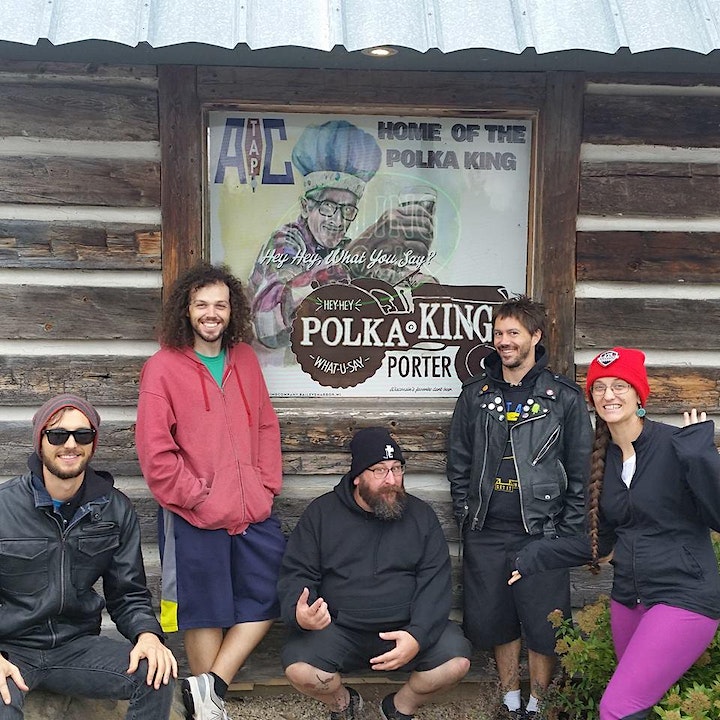 What started in 2012 as a ska cover party band has since turned into an extreme implementation of the DIY lifestyle. Self-recorded and self-released, The Holophonics have amassed a discography of 13 albums of cover songs and 3 albums of original music. As a self-booked touring band, The Holophonics have relentlessly traveled North America playing hundreds of shows. Their latest album “Phantom Arrival” marks a new chapter for the band, shifting into more serious songwriting and progressing towards a version of ska punk fused with indie, math, and experimental elements. 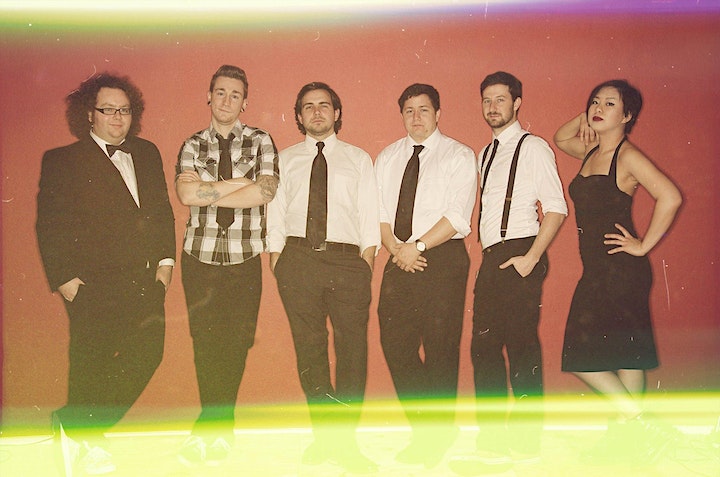 Their debut EP “Anti-Social Media” is a record asks the tough, yet important questions in life like “Who are we?” “Why are we here?” and “Where in the world is Carmen Sandiego?” With Drummer Pat Elwood, Bassist Billy Smolen, and the afforementioned Austen Gray (who we believe to be a robot with bad syntax), the band puts on insanely fun high-energy shows the likes of which you’ve never seen (unless you frequent your local 24-Hour Walmart between the hours of 1-4 AM EST). 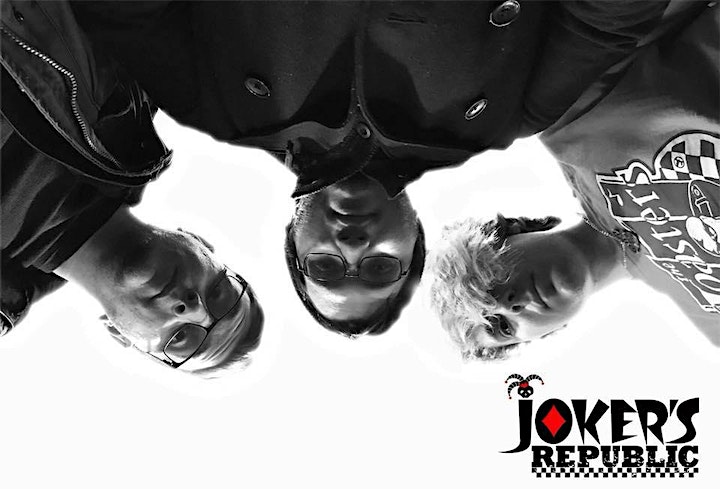 Simple Minded Symphony was originally founded after four eighth-grade band students heard Less Than Jake's "Does the Lion City Still Roar," and collectively said, "Why have we never heard this before?" First stop was a school talent show, and by the next year they were performing for most of the town on the main stage of the annual Relay For Life.

Since then, it's been a whirlwind of gigs, songwriting, and many hours of simply hanging out as a band to forge a group whose number one priority is simply doing what they love: Playing music. This ska ensemble survived through two of its members moving away a mere two years after its founding, and have managed to expand into the Seattle area with performances and opportunities. While the future seems difficult to predict, Simple Minded Symphony is determined to put out as much quality material as they physically can. 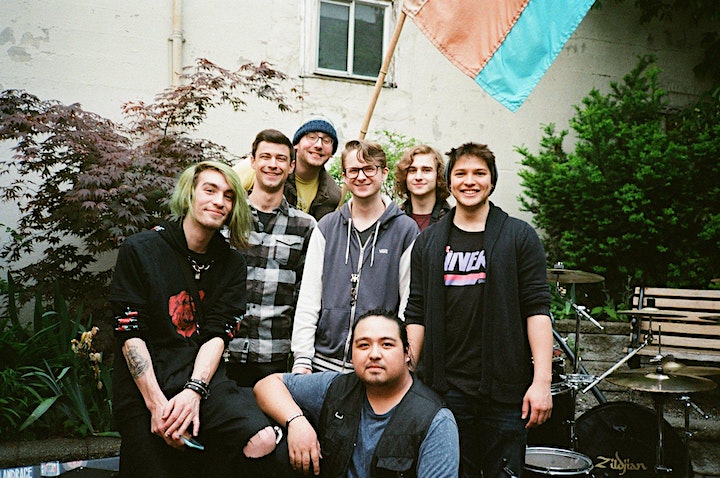