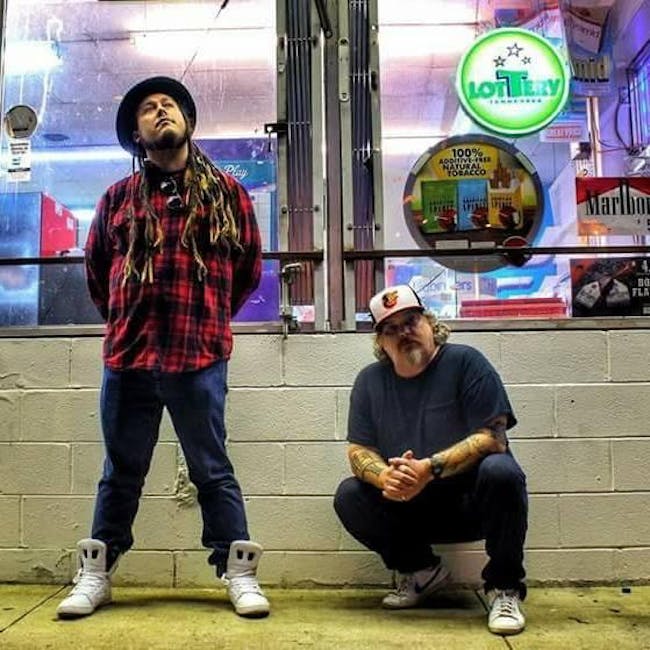 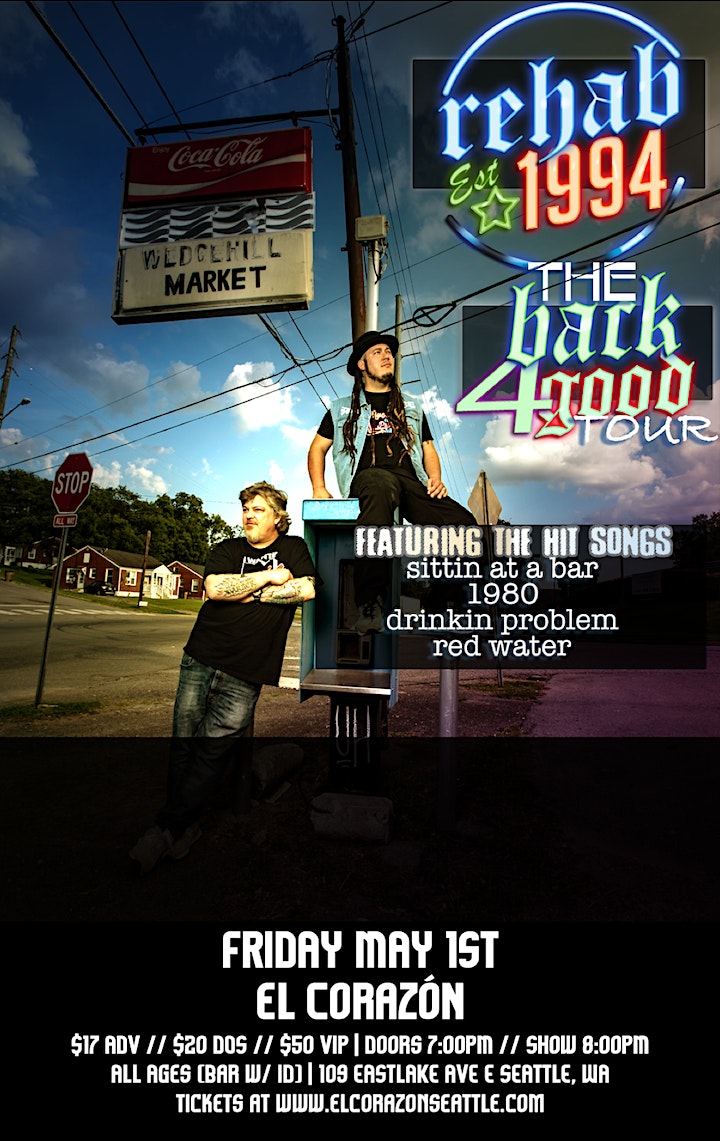 Around a decade ago, Georgia boy Danny Alexander (AKA Danny Boone) and a few others formed the group Rehab. Anchored by their influence of all things hip-hop, from Run DMC and NWA, to a Tribe Called Quest and more, they set out on their own musical journey that would garner them millions of hardcore fans, selling over 550,000 albums and over 2 million singles and averaging over 200 shows a year. Rehab has toured with names like Kid Rock, Uncle Kracker, Linkin Park, Kottonmouth Kings, just to name a few and 2012 is gearing up to be their busiest years to date. Their highly anticipated album, Gullible's Travels, due out February 21, 2012, is their first release on their new record label AVJ Records, a subsidiary of Average Joes Entertainment. Danny (Boone) Alexander and Jason Brooks (Brooks Buford,) both recovering alcoholics and drug addicts, met at a local rehab facility and connected over their love of music. Alexander and Brooks formed Rehab, originally as a trio, adding on Denny Campbell (Steaknife.) Soon after their self- released album, To Whom It May Consume, produced by Steaknife and Brooks Buford, Epic/Sony offered them a record deal. Steaknife was incarcerated before they signed the deal and the group continued on as a duo. In 2000, mashing rap with rock, the duo released their major label debut album, Southern Discomfort on the Sony label. Cee-Lo, Goodie Mob, and Cody ChesnuTT were some of the guests on the album, which would spawn the Top 15 modern rock hit "It Don't Matter." Two years were spent on the road supporting the album, including a stint on the Warped Tour, and then the duo splintered. Boone retained the band name and recruited four veteran musicians for a new Rehab. Now a quintet with Boone as the lead singer/rapper and also using his birth name, Danny Alexander, Rehab signed with Arshid Entertainment and released the ambitious Graffiti the World in 2005. In 2008, Universal Records signed Rehab and immediately re- released Graffiti The World, adding collaborations with Bone Crusher and the legendary Hank Williams Jr., providing and extra eclectic flavor to the album. In August 2008, a new radio-friendly remix of the single "Bartender Song (Sittin' at a Bar)" was released by Universal, featuring Hank Williams Jr. singing the second verse. The song peaked at #60 on the country charts and was the band’s first single to chart on the Billboard Hot 100 at #64. In all its versions, including a remix with Hank Williams Jr., the song has sold over 1 million copies to date. The single garnered them a CMT Music Award nomination for “Wide Open Country Video of the Year.” Graffiti The World would also go on to sell over 300,000 albums. In 2010, Universal released a second album called Welcome Home. Unsatisfied with the effort of the label to market the album, the band requested a release from their deal and immediately signed a four-album deal with Nashville powerhouse indie label AVJ Records, a subsidiary of Average Joes Entertainment. Rehab currently consists of Danny Boone and Demun Jones (vocals) with DJ Chris Crisis. Their single, "Waho by the Hoti,” produced by Dallas Austin (Michael Jackson, TLC, Boyz II Men, Pink, Madonna,) can be found on the new album, Gullible’s Travels, with their video for "King of Tweekers," (also found on Gullible's Travels,) recently debuted on the band’s website. With the full participation and push of Average Joes Entertainment, the guys of Rehab are currently on a nationwide tour spanning the map and delivering high energy shows to their fans. 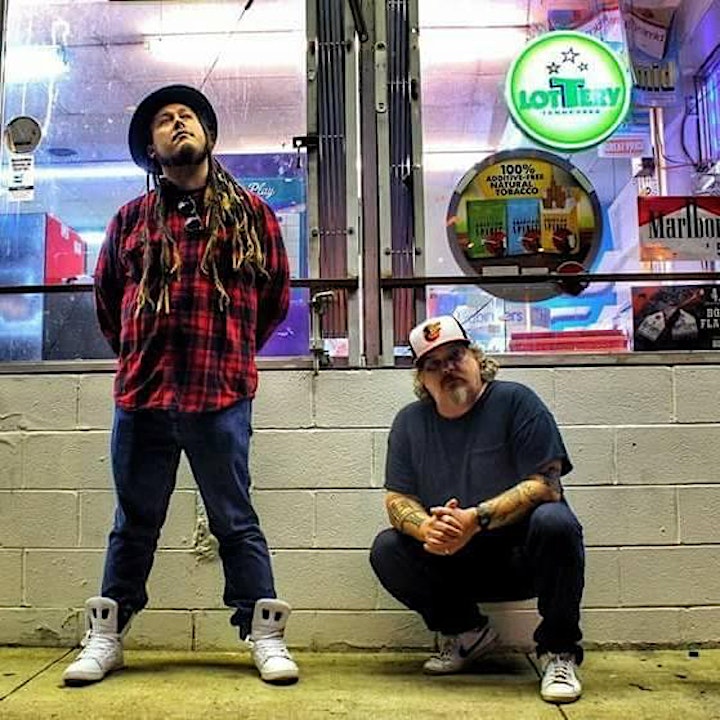 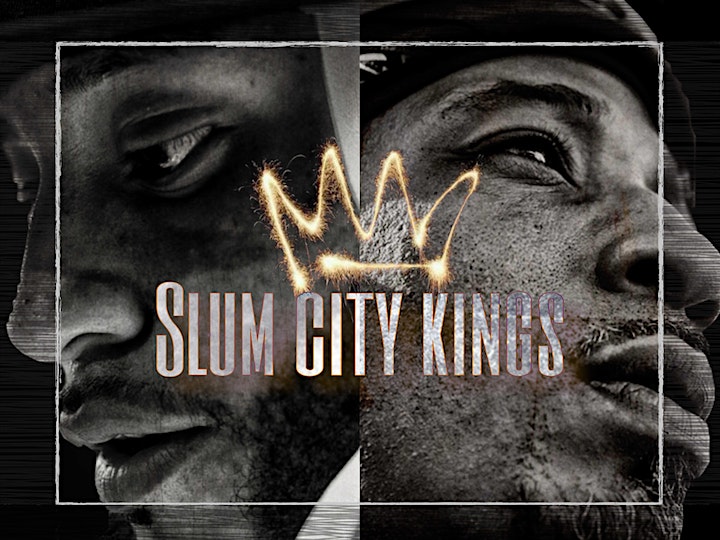