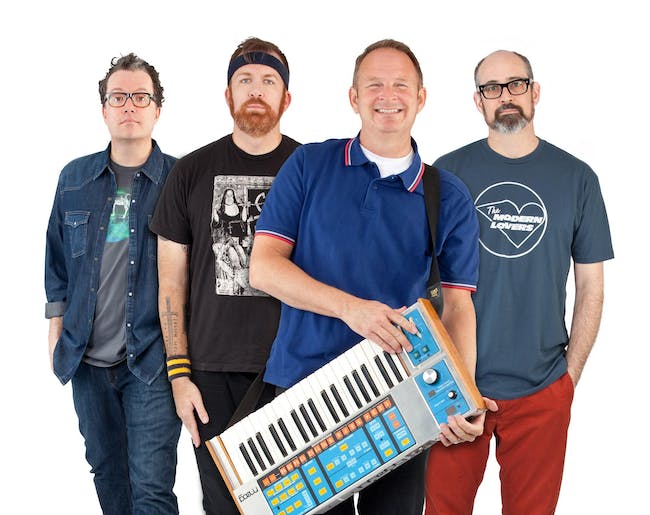 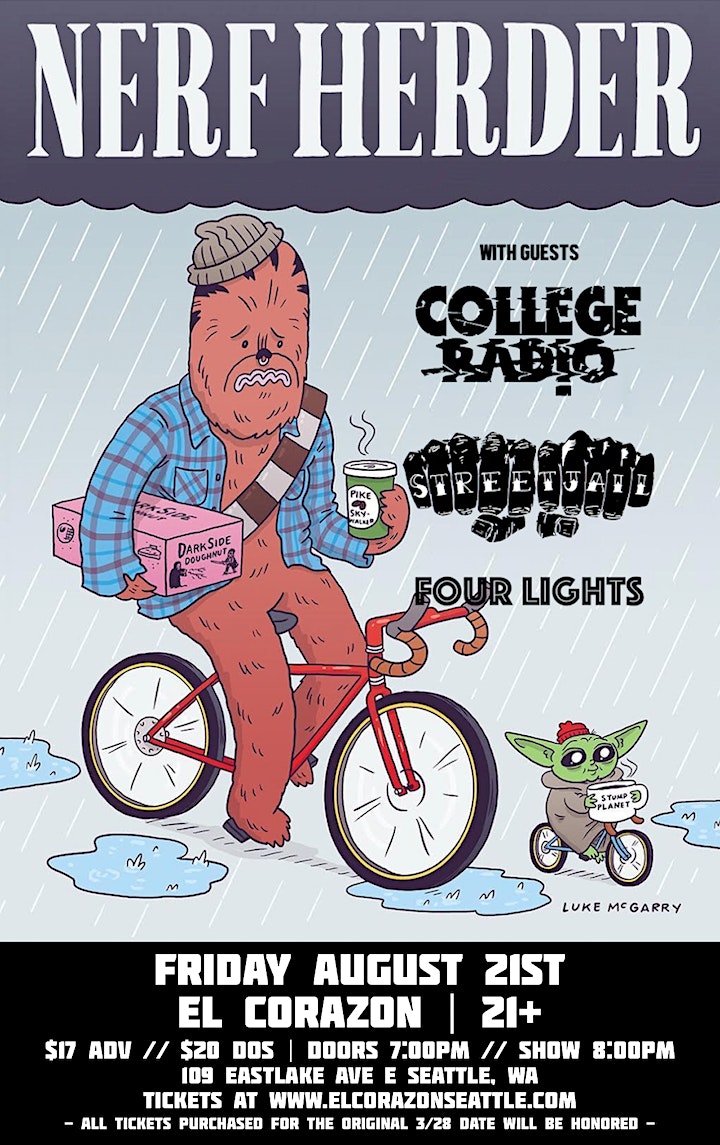 The current band features founding members Parry Gripp and Steve Sherlock, with newer members Linus Dotson and Ben Pringle. Nerf Herder’s 5th album Rockingham is an explosion of geekiness with songs like “At The Con,” a song written after a performance at Atlanta's DragonCon, “Ghostbusters III,” a lamenting tune about how the sequel will never be released, and “I’m The Droid (You’re Looking For),” which is made entirely of lines from Star Wars and was recorded at Skywalker Ranch. Other standout tracks include "We Opened for Weezer", a song reminiscing Nerf Herder's '97 tour with Weezer, and "The Girl Who Listened to Rush". 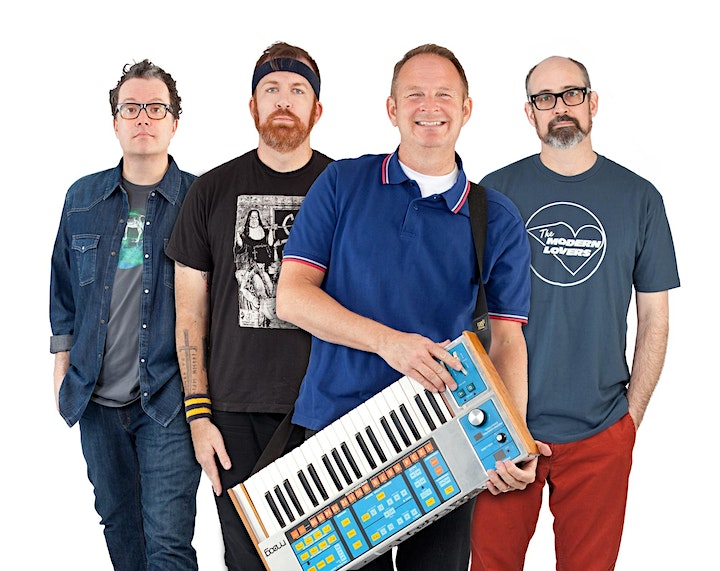 College Radio hails from the gloomy emerald city of Seattle, WA. A 4 piece Mixing traditonal pop punk with a Seattle alternative twist. With a recent EP out in late 2018 College Radio have been writing and playing across the PNW. Loud guitars, big drums and catchy hooks with a Northwest vibe and drive and the live shows are something you dont wanna miss.

Keep an eye out for new music, shows, and more. Their new single “Northwest” is on all streaming platforms. 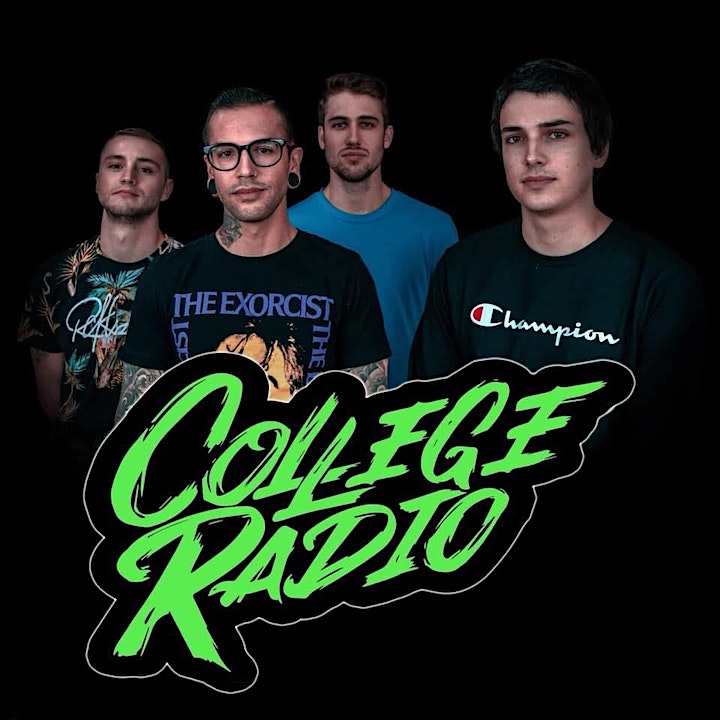 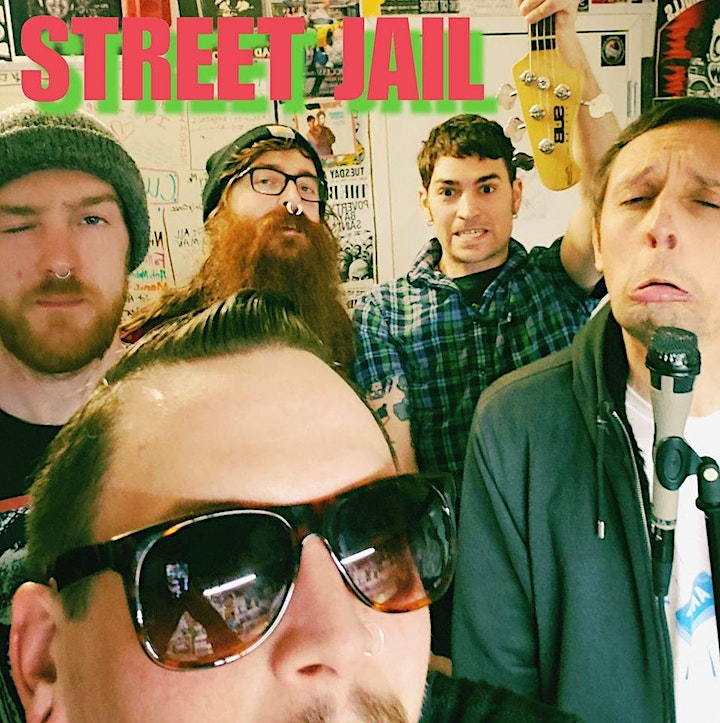 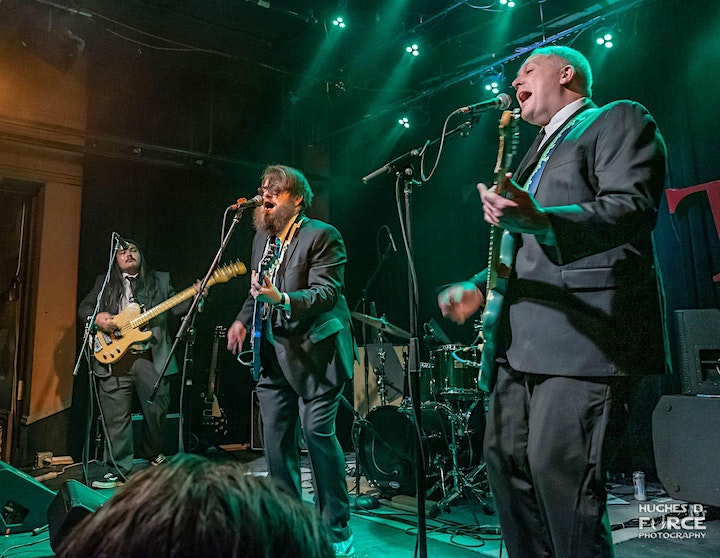