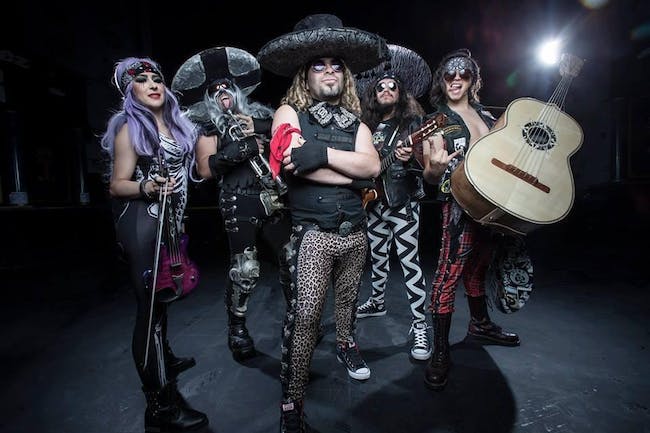 Metalachi: The World's First and Only Heavy Metal Mariachi Band 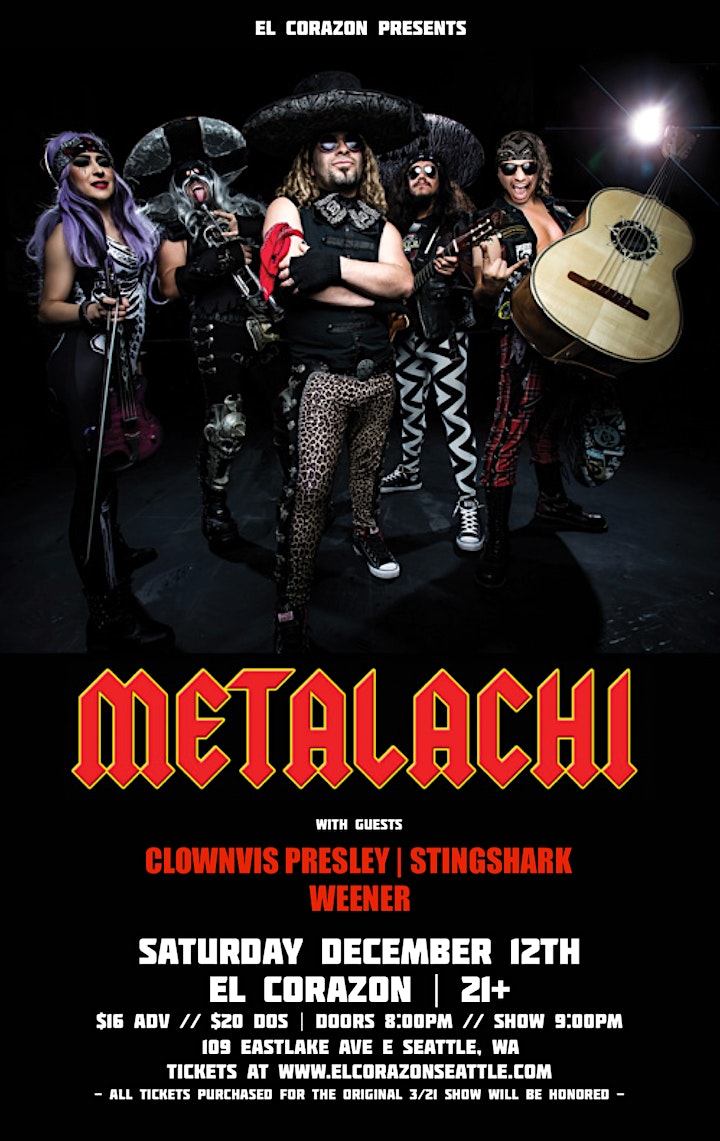 THE STORY OF METALACHI...

On a hot summer night in Veracruz Mexico circa 1982, Consuela Espinoza stumbled out of her dilapidated shanty and into Rock N Roll history. What began as an innocent night of snorting horse tranquilzers in a hotel room with seven members of the village jai alai team went on to produce the greatest metal band to ever live. Unhampered by a steady regime of tequila and ill advised sumo lessons, nine months later five bastard children where born. Unable to care for her hungry offspring and concerned that motherhood would seriously interfere with her Tuesday night Karaoke league, Consuela hastily packed the babies into the saddlebags of a burro and sent her children off to America in search of a better life. Against all odds, 14 years later, and nearly dead from dehydration, the burro knelt down to drink from the stagnant waters of the Rio Grande just ouside of Juarez Mexico –mere yards from the U.S. border. With one fleeting burst of energy the brothers Espinoza cinco climbed from their leather restraints and scampered the vast reaches of the river, collapsing onto the sweet amber hue of American soil. As if by destiny, lodged in the sand beneath their tanned faces was a record sleeve upon which were the words "PARANOID" and "BLACK SABBATH". For many years to follow, this definitive black metal album served not only as a teacher and a mentor..but also as a friend. From these bleak and humble begins grew the seed that would

eventually be the band we know today. Often referred to as the greatest heavy metal band to ever live..always referred to as...METALACHI. 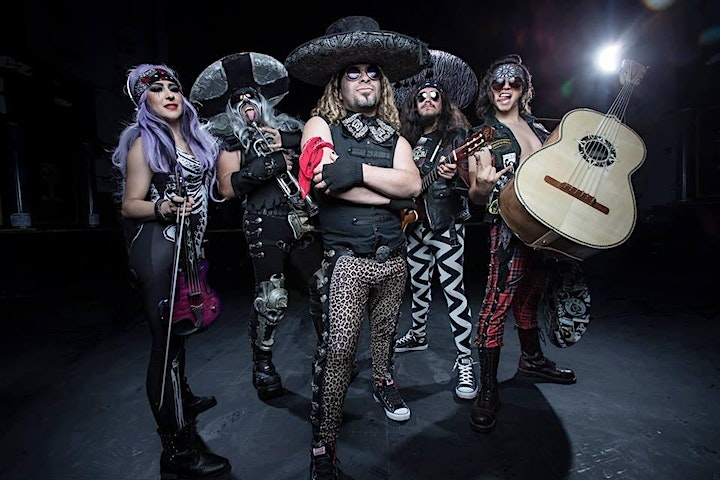 Stingshark is part of the actual backbone of the Seattle music industry. It takes players, it takes songwriters, it takes engineers, it takes seasoned veterans to pass on knowledge and opportunities to the younger versions of themselves. Stingshark is frankly among only a small handful of Seattle artists that is doing all of these things.

With local figures like Bubba Jones retiring and withdrawing their career and king-making abilities from the landscape of the city, you start to think about who is out there making this music scene really happen.

Stingshark is out there almost every Thursday with the Funk legends and the outfit that he co-founded, Marmalade. There is nothing else quite like it in Seattle. What there is and has been since, has built quite wisely upon their model. But nothing in the City may ever again match the longevity, vitality, and brotherhood of that undertaking that presents the very essence of Hard Funk on stage in 206, on a weekly basis like the Jazz inflected clockwork of time.

But it goes back to Stingshark’s expansive work at the turn of the century with Phat Sidy Smokehouse, an influential West Coast Touring act that’s own membership still flavors Marmalade.

It’s about his solo albums ,AKA Sting-Fu 2003, High Freakuency 2009, and Immatereality 2018 and his expanding solo discography that melds all of his influences, shaped by his able turn as Front Man.

It’s about Stingshark’s invisible hand as the guitar man and sometime song-smith on several We Coast Records soul sides that have helped define the vintage of modern Soul in the city, along with luminaries and peers such as Tiffany Wilson and Jimmy James.

It’s about Stingshark’s association with singer songwriter Adrian Xavier and Jamaican legends like Clinton Ferron ,Winston Jarret, Joe Higgs and Squidly Cole. All such men that are good links as they say in Kingston to what is authentic, bankable, dependable, and real.

It’s about what is soon to come, such as the reggae outfit Hold in Fyah. A collective of fellow all stars Andon Hiltner, Paul Huppler, and Alex George that are finally ready to smoke Seattle stages after 24 months of percolating groundbreaking riddims and tightly honed dancehall grooves into…well Fyah.

It is this iteration of Stingshark’s own legacy today that has touched upon my own career.

I now have the chance to have his help crafting my new stage show and some of my most promising (so called) Solo works on my forthcoming album, West Indian Rock. Seeing Stingshark work first hand within that tight unit of Northwest Reggae all stars has put so many of his diverse yet interlocking talents on display, as he and Anthony Red Rose guide me through the gentle minefield of being yourself and representing your region, in the thrilling and shifting landscape of Jamaican music.

It takes a village. And Stingshark is all over this village, as much as being a family man, a father, and the hours inside any given week shall allow. 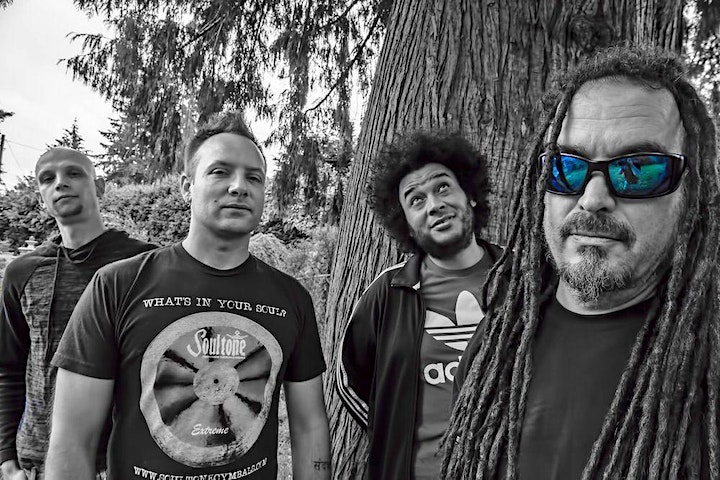 Weener is the West Coast's premiere Ween tribute band established in 2004. Nobody has done it longer and nobody has done it better. Well respected by the Ween community, Weener can rock your venue for 4+ hours straight or even 90 minutes.