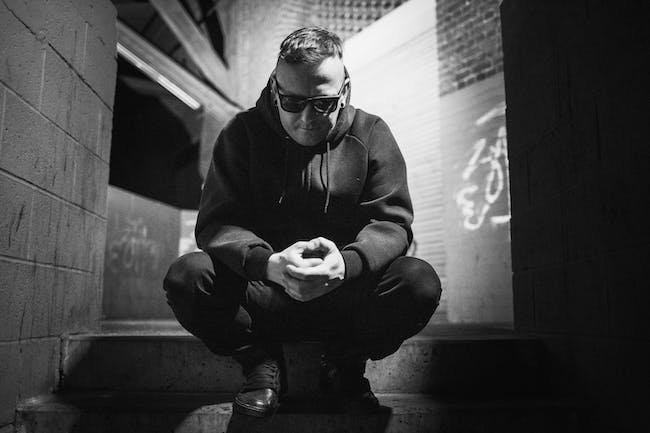 The IPHAZE idéa was born in 2005 from the encounter between Thomas Masselis graphic designer and video editor and Patrice Cadiou (Toch), young electronic music artist. After a year of working together the name "Iphaze" is adopted, it means: homogeneity of evolutionary movement between the planets of the solar system.In this sense, Thomas Masselis, created the logo of the group from the Sacred Lotus Flower, a strong symbol.

The musical style of the group is already oriented to electro and dub. Toch was a part of three different bands since his teenage, from rock to reggae, and drifting to dub with Iphaze project. Iphaze also sharing some time with bands from Normandy such as Guns Of Brixton, R2jeux and None-id.

Patrice Cadiou moved to Toulouse, which split the duo in 2006. Then begins the recording of a first EP 5 tracks "Azimuth Noctambule" This EP however remains a model distributed only to professionals. In December 2007, Toch, meets Julien Escalier, during an evening on radio FMR (radio), which will later become the sound engineer of the project. Michael Piaser then contacted and proposed his collaboration as a drummer. Starting point of this training (Machines / battery) and its scenic peculiarity.

IPHAZE makes his first concert during the music festival on June 21, 2008 (official date of creation of IPHAZE selected) then enchaine some dates (19) including one at the CAP of Toulouse which allows the meeting with Jérôme Filella, future light engineer of the project and Pierre Bernadet who will become manager of the group. A bassist will integrate the training. The duo develops the interactivity between the sound and the image, seeking the perfect synchronization, in order to create a strong emotion in the human being, foiling the cognitive functions of the body.

In 2009, IPHAZE recorded a first album "Insight" during his residency at the Rio Grande de Montauban in trio formation: bass, drums and machine. Recorded and mixed by Julien Escalier and mastered by Kobe at Saint Etienne's Loaded Studio (Kaly live Dub, High Tone). At the same time IPHAZE joined Reg'Art Production headed by Michèle Maximin with Jocelyne Nicolas in accounting, Elsa Madelaine took the position of communication officer of the group. The album came out in the bins (FNAC, Cultura, ...) in June 2009 at Mosaic Music Distribution (Toulouse Distribution) and the bassist left the group at the same time. As early as August of the same year, IPHAZE begins its first national tour and enchains nearly 55 dates on the second half of 2009 and 85 dates on the beginning of 2010. The experience of the concerts will make the sound of IPHAZE more dynamic merging the styles of electronic music. It is during the concert of March 13, 2010 in the first part of Mad Professor, that IPHAZE will be solicited by a very first agent, Frantz Herbert (Izitour).

The second album comes quickly, "Worship" released on October 22nd, 2010 distributed exclusively on cd1d, a federation of independent labels. An album recorded by Julien Escalier at Studio Tragus then mastered by Franck Rivoire (Ez3kiel, Le Peuple de l'Herbe, les ogres de barbaks, scratch bandit crew, High Tone, ...). A new tour starts on the same day with a show at CAP Toulouse, a shared stage with Kaly Live Dub band. This tour is an opportunity to create a live DVD, "Wink Pulse". (This DVD has been funded by SPEDIDAM the only time IPHAZE has requested subsidy in 8 years of existence)

After 15 months of touring and 115 dates performed in France but also abroad (Belgium, Switzerland, Czech Republic), Iphaze prepares the release of his third album "Bloodshot" in February 2012. Recorded at Jarring Effects studio in Lyon and mastered in London by Mike Marsh at the Exchange Studio (Massive Attack, Prodigy, ...).

This new album was released exclusively on Bandcamp on March 1st, 2012 along with the presentation of a new show called Bloodshow. The particularity of this new show is the integration of an additional interactivity between the two screens on stage in addition to the permanent interactivity between sound and video. The Bloodshot album will reach an exceptional downloading record. A new European tour will be conducted involving more than 88 shows in 5 countries. In 2012 IPHAZE is programmed at Reggae Sun Ska festival for the anniversary edition and complete 15 years with 50,000 festival goers. IPHAZE will make a show in front of more than 20,000 people, right before Damian Marley. IPHAZE leaves Izitour to join Action Music Production agency for a short period of 9 months before the arrival of the ultimate booker, the longtime friend of Toch: Cyril David (Vegaprod booking).

With all this experience, IPHAZE refines its world and its musical style, orienting more in two distinct styles: dubstep and drum'n'bass, abandoning the merger of all musical styles. Thus, the EP Head Shivers is released on September 11th, 2013 on all specialized platforms like Beatport and iTunes. A convincing self-production that will push IPHAZE on the road for 47 shows before the drummer change. Michael Piaser stopped the project in August 2014 to make room for Jean Davoisne and Frederic Haffner as substitute drummer.

Jean plays a dozen shows and two artistic residencies in view of the preparation of the release of the 4th studio album "Burst" on March 6th, 2015, coming with its new show, musicians enveloped by a video game with a vanishing point. This new album has been recorded and mixed by Toch himself and mastered by Adrien Sauvaget (X-Pound Sound Mastering). We can find guests from several nationalities as MC Livid (London-UK), Catalyst (Novato, USA) and Mahli from Los Angeles. Mahli made her voice mixed by Brian Yaskulka (Famous US sound engineer). This album will sign a new IPHAZE aira, art direction will open the door of a drum n'bass corridor, still keeping 3 dubstep tracks and one electro title, leading IPHAZE to the Neurofunk style, always with the desire to be resolutely "dance floor" in a bass music style with overpowered sub bass. The technical team of the group will be setted at the same time with Vincent Pouxviel as a sound technician, Jerôme Filella on lights.

The new IPHAZE's opus takes the band to the famous FME fetsival in Rouyn-Noranda in Quebec, Canada but also in Montreal for the first two shows on a new continent. We can remember IPHAZE played in the Reperkusound festival the same year, sharing the stage with Noisia and Amon Tobin, the two pillars of the style. IPHAZE can count on the services of an additional agency in the Netherlands, Boembap

In January 2016, IPHAZE releases its first live album recorded at the Metronum in Toulouse, France and mixed at Black Electric Elephant Studio, mastered by Adrien Sauvaget. An album released under the brand new label of the band : Bass Fury Records. It may be noted IPHAZE played in its first big international festivals dedicated to bass music: the beats for lovefest in Ostrava, Czech Republic. 60,000 participants in 2016, and the famous Lausanne Balelec festival with a soldout edition counting 15,000 people.

The trajectory of the band is henceforth traced: IPHAZE radiates on new continents. Late summer 2016, Jean Davoisne gives the place to the drummer substitute Frederic Haffner as a new official drummer. At the same time, IPHAZE signs at Cyber ​​Groove Agency, a booking agency in the USA.

In the autumn of 2016, the group is making dates in Japan and Vietnam, while continuing its European development. The group released a 5th studio album on October 2, 2017, will reach the 500 mark at the same time with the aim of preparing the 10 years of the project to be celebrated in 2018. The same year 2017, the radiation intensified with a date on the main square of Guadalajara in Mexico during the Festival de Mayo but also during a tour in China for festivals Youth International Festival on the golden beach of Shanghai and for the Space E.T festival of Dunhuang in the Gobi Desert.

Ares, the 5th studio is recorded in Brooklyn in the studio of the famous group Gojira (September 2017), the Silver cord studio in New York. Then mastered by Darius at the Amsterdam Mastering Studio. Additional production on the eve of the group's 10th anniversary in 2018.

The 10-year tour continue. The band will celebrate its 10th anniversary at the opening night of the Element Mountain festival at “la Salvetat sur Agoût”, on Thursday, June 21, 2018, the exact date of the 10th anniversary of the project. A video was made on this occasion by Robin Galienne. A week will pass before IPHAZE flies to its second Fusion Festival in North of Berlin. It is in this phase that a date in Bogota (Colombia) for the Hermoso Ruido festival will be made in October 2018. A showcase in one of the downtown clubs to discover IPHAZE to the main South American promoters. The gates of Latin America are open. The group's agent, Cyril Vegaprod, will start planning a tour of this global quadrant. Promoters from Argentina, Brazil, Chile, Peru, Colombia are in the process of booking the group. In this same period, IPHAZE continues the dates on its two main formulas. In Live Set, sharing the poster with Pendulum in January 2019, flagship of the World Drum'n'Bass, and Live Band. Some already write the word "Legend" when they talk about the group IPHAZE. The 2019 tour will feature major French festivals as well as a Mexican and Japanese tour as well as a European tour. A 6th album is already in production ... The band is now asked about all continents, making the planet Earth its space of play! 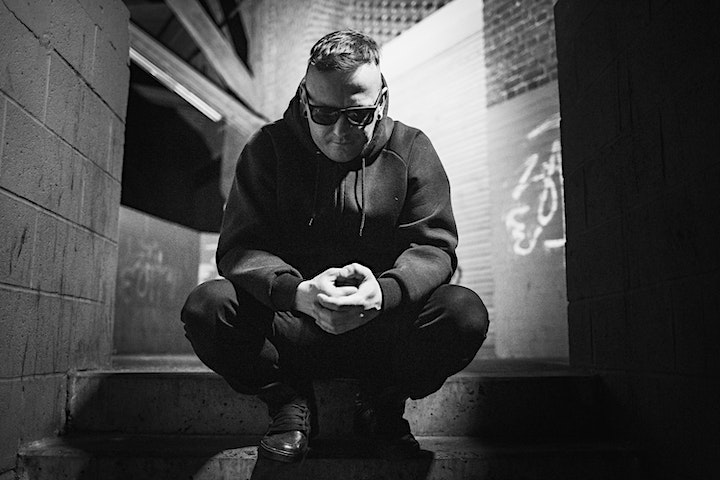 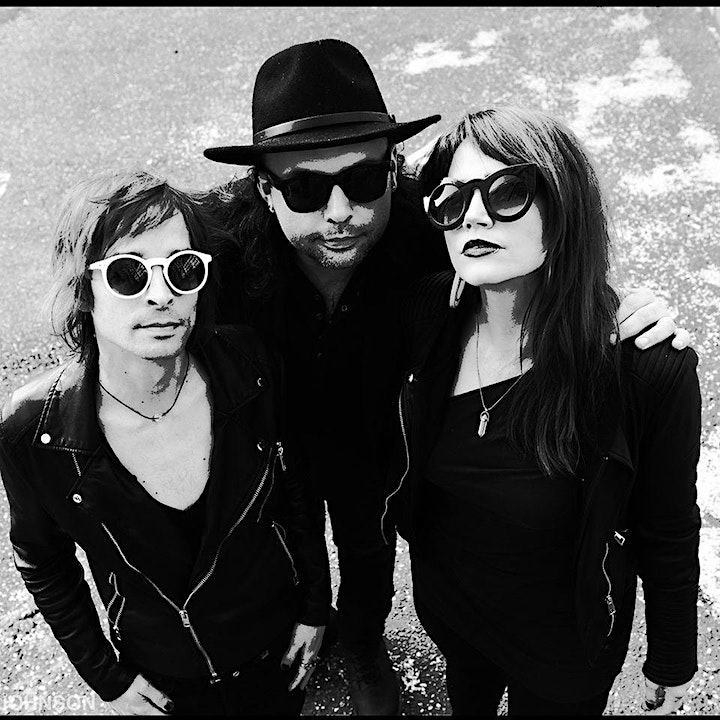 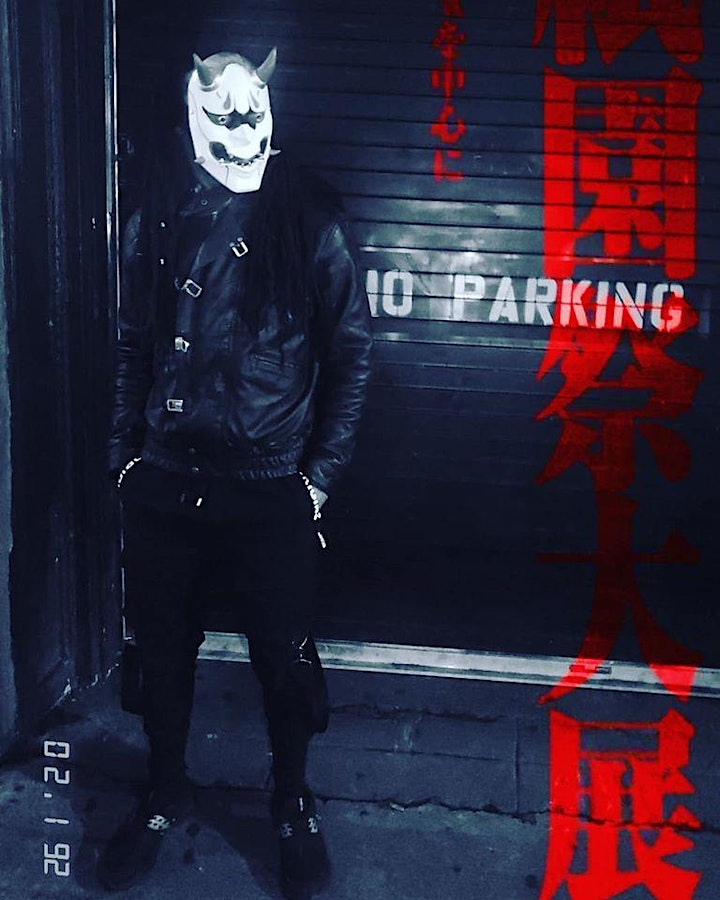