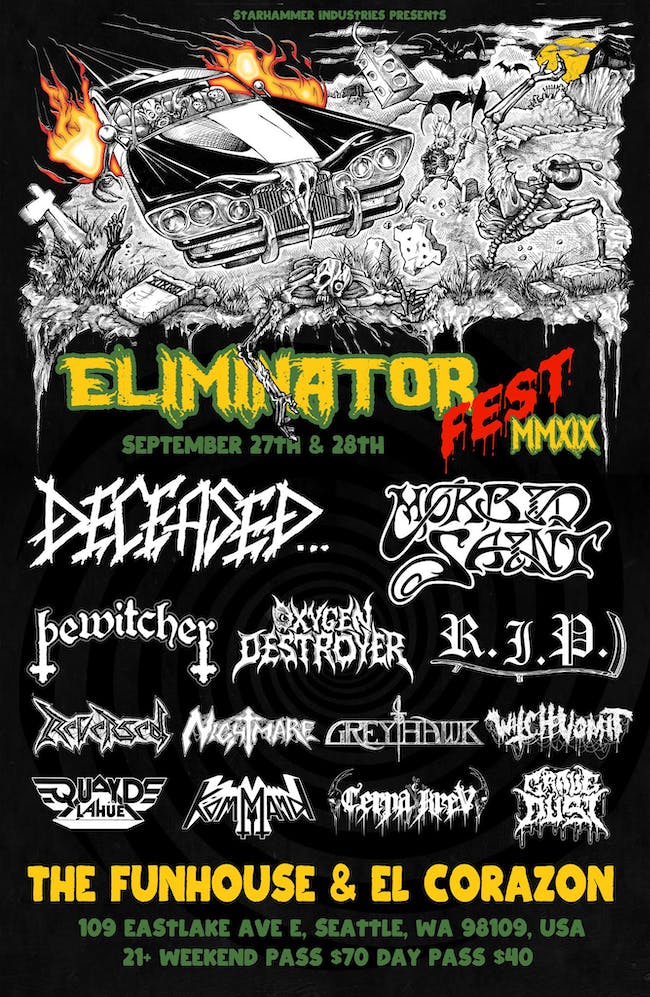 Morbid Saint was formed in 1986 in Sheboygan, Wisconsin, USA.

In 1988 they release their first demo "Lock Up Your Children". It was a limited edition of only 400 copies and it was distributed in shows by the band only. This demo was later released by the mexican label Avanzada Metálica as "Spectrum Of Death" LP, with only a slight difference in the sound (pitch and tempo). The producer was Eric Greif, the owner of Edge Entertainment and the manager of Chuck Schuldiner.

In 1992 they released "Destruction System" demo.

If there's one thing you didn't see coming for 2016, it's a radical heavy metal assault by Oregon's self-proclaimed "street doomers" R.I.P.. Their rousing debut album "In The Wind" – due out this March on Totem Cat Records and illustrated by US painter Adam Burke – will make all metalheads' hearts leap with joy. Get in the wind or get out the way… - See more at: http://theobelisk.net/obelisk/2016/01/06/rip-in-the-wind-release/#sthash.vbTOt307.dpuf

In the year of Thirteen of Satan's third millennium, a new force rises to defend the ways of old. Bewitcher is the ancient black flame of magic, mayhem, freedom & liberation, burning in blatant opposition to the laughable norms of this modern age. Instead, they look to that bygone era, before it's pollution by imitators of a lesser intention, when heavy metal in all it's glory truly represented the tenets it was founded upon.

May your children be corrupted, may your foundations

be shaken, may your mundane existences be forever altered, for this spell cannot be broken. Fall, obey and beware the curse of the Bewitcher!

Conjured from the ashes of various fake/trendy projects, Kömmand reared it's ugly umlauts in December of 2013 to crush the weak and shred eardrums like hymens. There are altogether too many 'nice' bands out there killing metal, but... old ways can't be killed so easily.

Stop triggering drums. This is metal, not a typewriting class.

Death metal band from Portland, OR