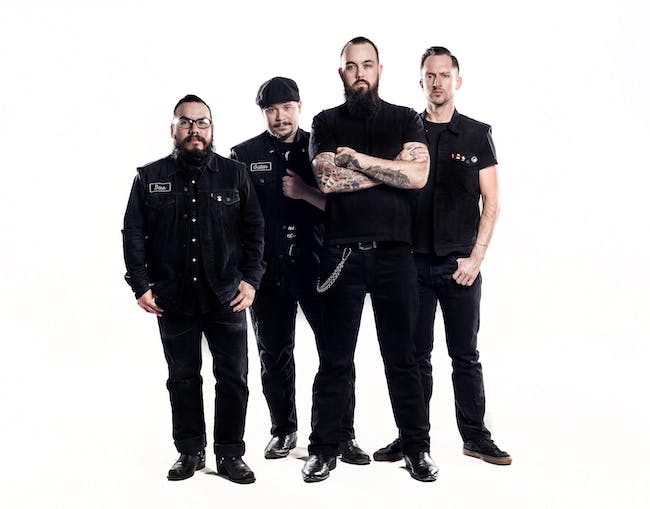 iCal
Google
Delta Bombers & Reckless Ones at The Funhouse 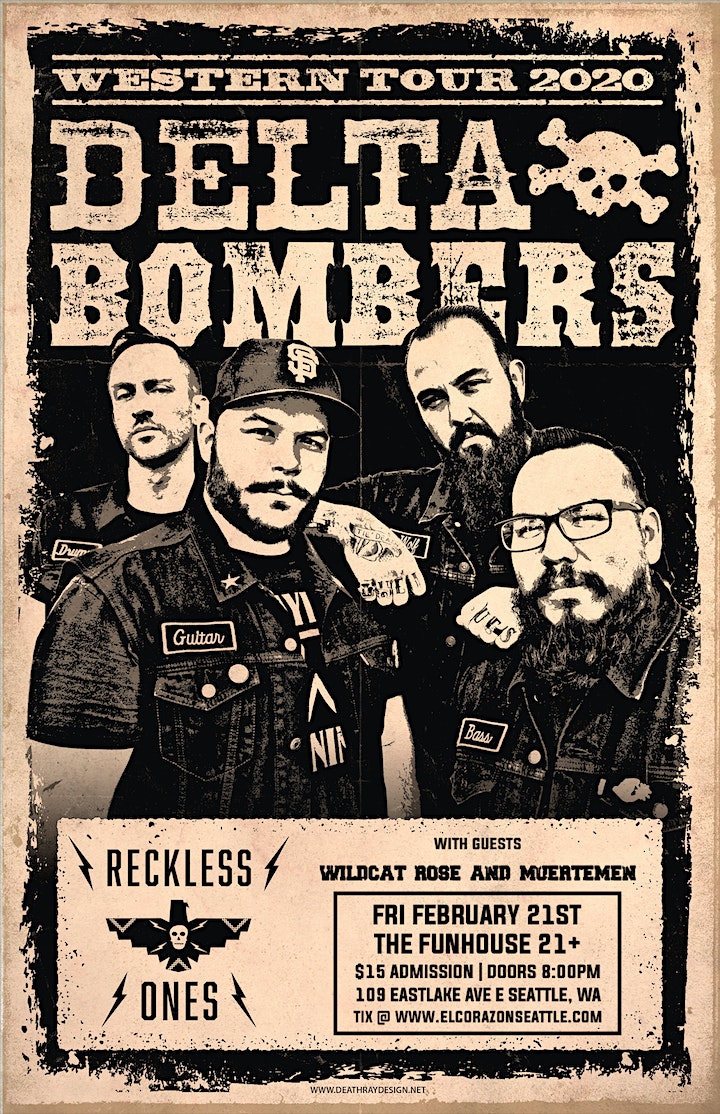 The Delta Bombers have smashed stages all over the world for 10 years. Driven by a hybrid of 50’s rock and roll fused with swampy blues, country, and rockabilly. The hard touring band’s haunting but powerful voice Chris Moinichen keeps the sounds fresh and always from a new angle. Andrew Himmler on Guitar, Gregorio Garcia on Bass and Micah Malcolm on Drums sway the dynamic up and down all night long with one mission: make it interesting. The goal of the band has always been to build something people who wear gabardine, denim, or mohawks could enjoy together. Based on their tour and festival history they are doing just that. The Bombers have set foot in over 26 countries and toured every corner of the USA with bands like Reverend Horton Heat, The Blasters and the Legendary Shack Shakers. Supported by four studio albums and non-stop touring of the USA and Europe, what started as a teenage dream has now come to fruition as a worldwide rock and roll expedition. The Delta Bombers continue to strive for the fringed ends of roots music always looking toward the next song and the next show. A show that should be witnessed by anyone who considers themselves a fan of American roots music, the Bombers are playing at a venue near you! 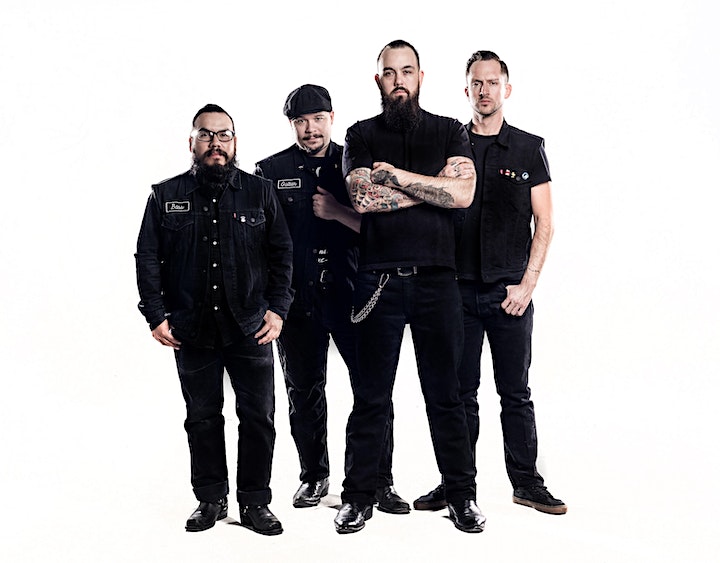 Reckless Ones are rock 'n' roll, plain and simple. Just trying to make an honest statement in this phony world, their sound is from the heart and doesn't apologize for anything. They say what they mean, they mean what they say, and put a back-beat to it. As a three-man gang pitting themselves against the world, and doing it all since forming in early 2009, this Minneapolis band has paid its dues. They continue to be the muscle, brains, and heart of the whole operation.

Reckless Ones hit the ground running in 2009 with the vintage style and modern sound of their debut record, “Make Your Move.” Following the album’s release, the band took to the road — in a big way. Touring extensively across much of the United States and as far as the UK, Reckless Ones gained themselves a reputation and loyal set of fans within their first year as a band. They wasted no time and began putting together their second record “Set the World on Fire,” releasing it in September of 2010. The album's more mature sound brought in a new set of fans outside the rockabilly world. They continued to pick up steam and were invited back to Europe later that year to play shows in Finland, France and Spain. Gaining a new following and having much success on another European tour, Reckless Ones returned to The States only to find more success. During a nearly non-stop tour schedule in 2010 and 2011, Reckless Ones opened for acts such as Robert Gordon, Lee Rocker, Slim Jim Phantom, and Imelda May, headlined their own national tours, and went on a third European tour. The band continued to prove themselves and get their music heard, show by show, night after night. Last year ended on a high note when Reckless Ones was voted best rockabilly band of 2012 by Mpls. St. Paul Magazine.

Now, Reckless Ones are back out on the road with their new, self-titled album. Set for release in late spring of 2013, the record features a song gifted to Reckless Ones by famous rockabilly revivalist Brian Setzer. This song, along with five Reckless Ones originals, was recorded by Grammy, Juno, and ARIA award-nominated producer Mark Stockert at Underwood Recording Studios in Minneapolis. The new record showcases this little band's big ambition and even bigger sound. This is a band ready to fight for its dreams, willing to work for its goals, and able to rock any audience anywhere in the world. When your friends tell you that you missed an incredible show the other night, chances are they're talking about Reckless Ones. 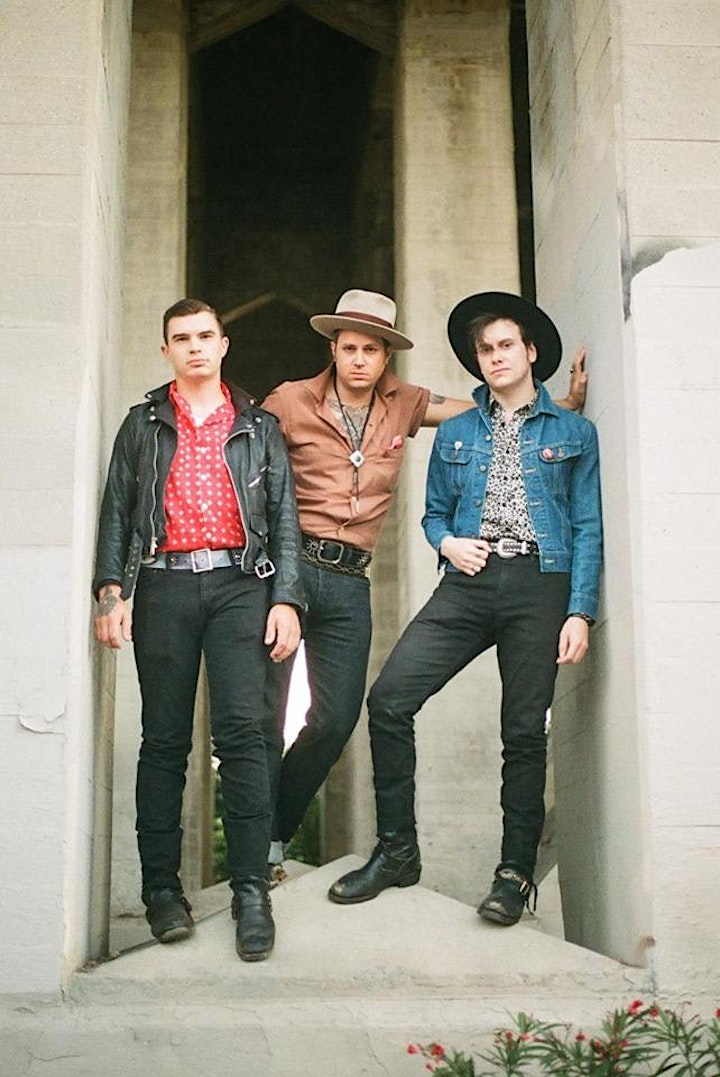 Country music with claws from the great Pacific Northwest 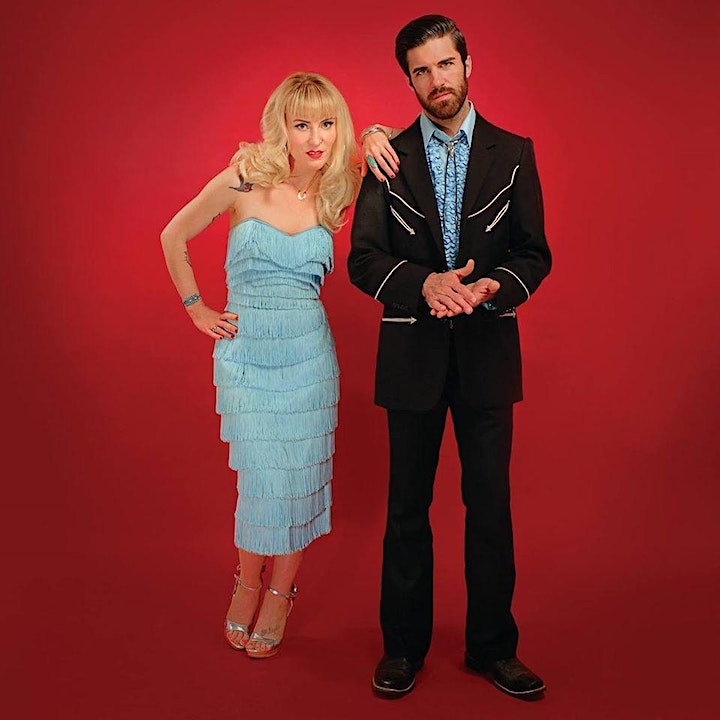 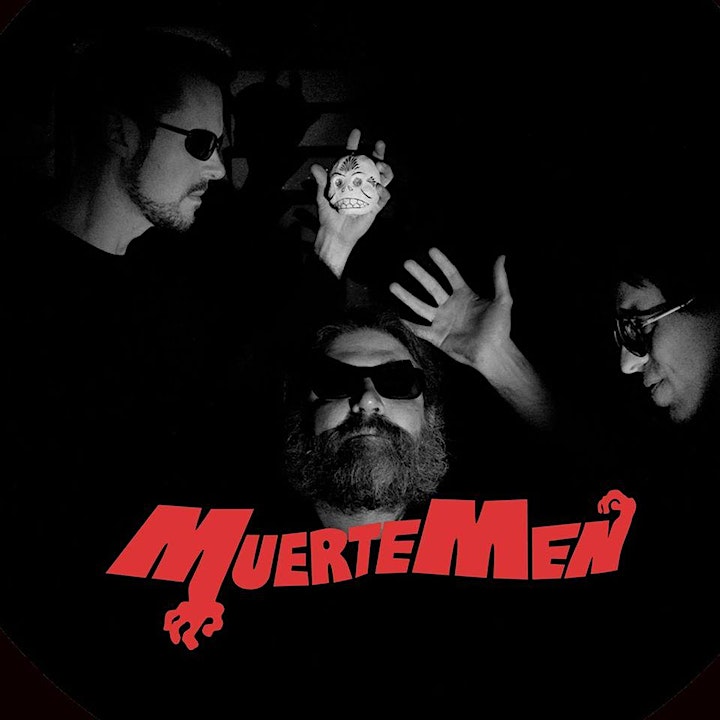 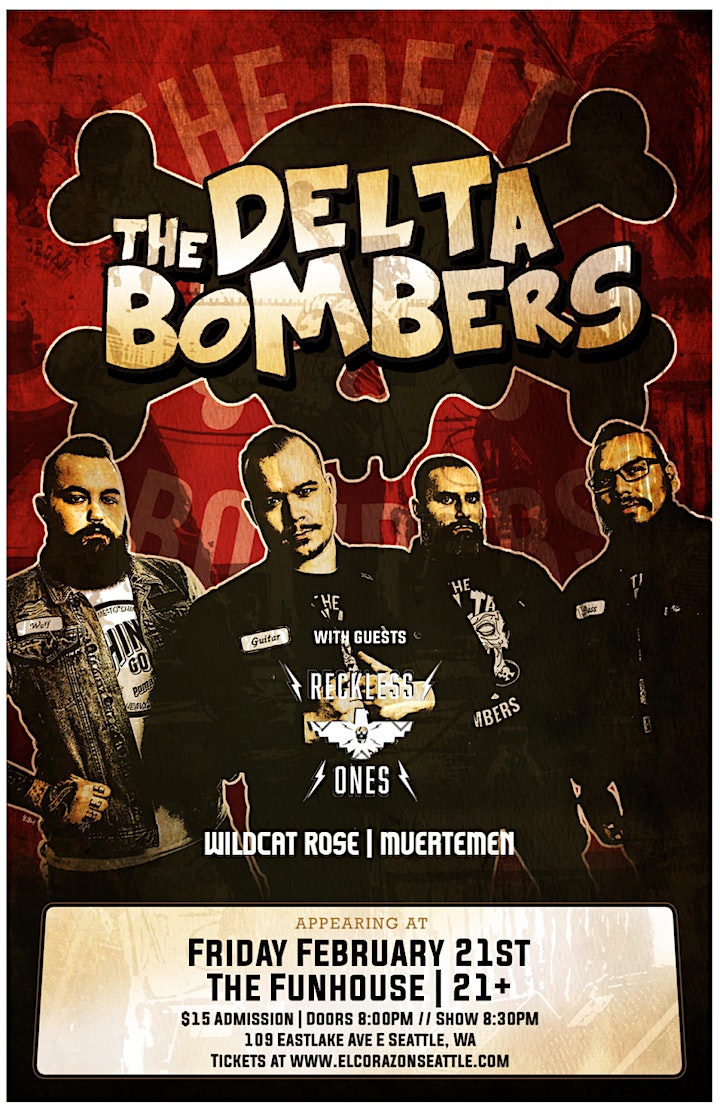