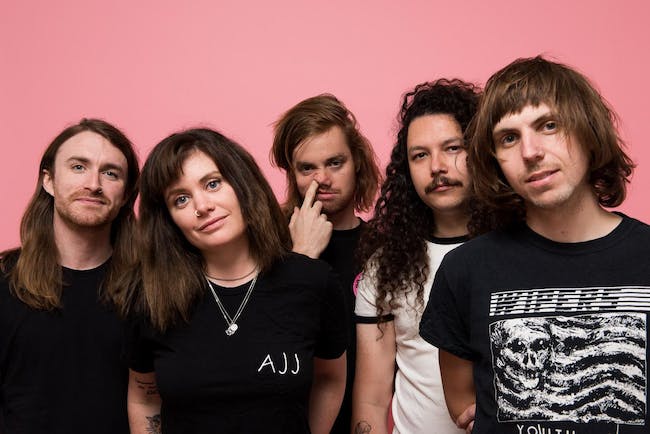 iCal
Google
Clowns at The Funhouse 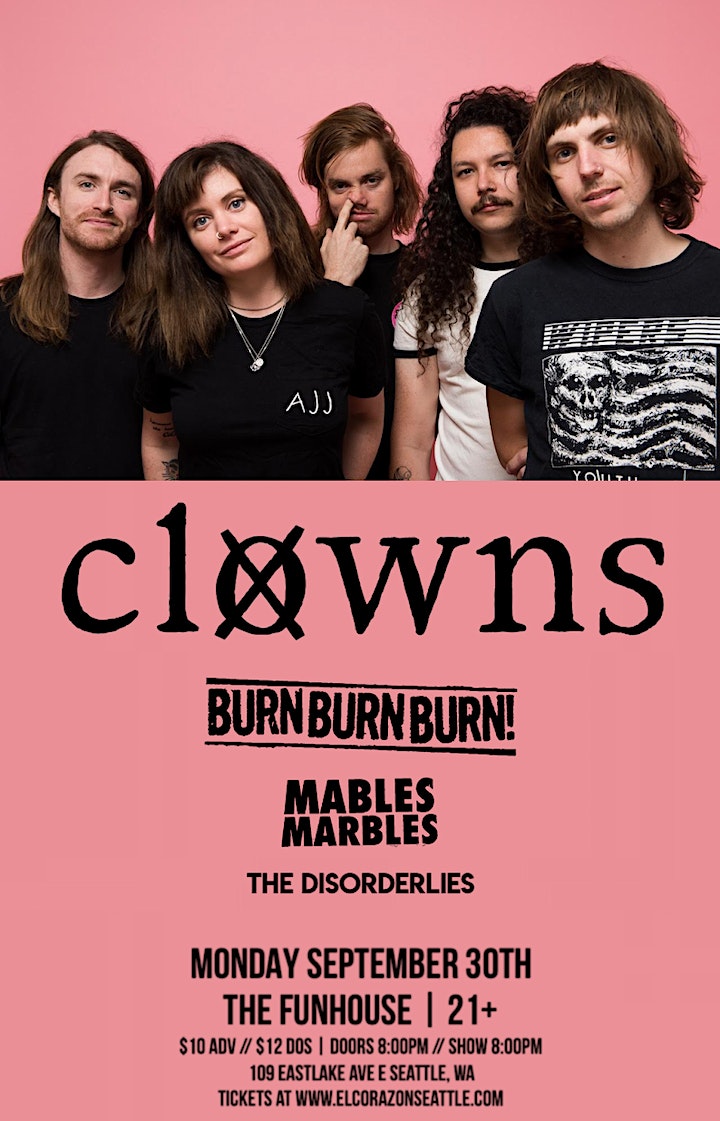 Melbourne punks Clowns have never been ones to conform. The five-piece started life in 2010 as a more-or-less straightforward hardcore punk act, but over the course of their first three albums – 2013’s I’m Not Right, 2015’s Bad Blood and 2017’s Lucid Again – were steadily evolving and mutating their sound in whatever direction they felt like. It was always loud, but it became both more nuanced and more off-kilter. New record Nature/Nurture, which is released on April 12, sees the band continuing down that snaking path – it’s 11 songs swerving right and left abruptly and unexpectedly, veering from frantic punk to slower, more nuanced and psychedelic-tinged rock. And while it might not always make sense, these songs still sound like Clowns; because when Clowns don’t sound like Clowns, they actually do – a paradox that vocalist Stevie Williams is very much aware of.

“Nature/Nurture is an amalgamation of our last three records, which we’ve made over the last 6 or so years,” he says. “Our line-up has been a little bit fluid over the years, but this record is the band really coming to fruition with this line-up and with all the different sounds that we’ve experimented with over the years – everywhere from super-adolescent punk rock to nine-minute long psych jams.”

Now completed by drummer and founding member Jake Laderman, bassist/vocalist Hanny J and guitarists Rod Goon and Will Robinson, Clowns have become something of a force to be reckoned with in recent years. When the band began, Williams says that his end goal was to one day sell out the Corner Hotel in Melbourne, a venue that was instrumental in his years growing up. That seemingly unachievable ambition from his teen years was ticked off the bucket list while touring Lucid Again. Then, in 2018, the band played in front of 56,000 people when they supported Foo Fighters in Melbourne and hit the stage at the world’s biggest heavy music festival, Wacken Open Air. “It’s all a little bit mind-blowing,” laughs Williams, “because at the end of 2017 I realized ‘Holy shit, I’ve actually done everything that I wanted to do!’ “And now this is my job and I can’t escape it. And now we’re just seeing where this crazy train will take us next.”

But by no means are Clowns resting on their laurels. They’ve started a record label/booking agency called Damaged, and they’re continuing to experiment with their own sound and firmly push the boundaries of their music. So, while Nature/Nurture does contain some blistering, bellicose punk (the frantically anti-conformism of “Bland Is The New Black”, the largely snarling and snotty “Freezing In The Sun” and the hyperactive, angular jitters of “1:19”), it also has some of slowest and most experimental songs Clowns have ever recorded. “Soul For Sale” starts off with some pleasant lilting sunshine guitars before exploding out of the speakers, “May I Be Exhumed?” is beautiful mess of experimental noise that’s more like a sound collage than a song, and album closer “Nurture” is a hypnotic, trippy and laidback tune featuring prominent use of a sitar.

The band also endeavored to make sure there was substance behind these songs, too. Not only do the songs on the Nurture side of the album have thematic counterparts on the Nature side, but there are also a whole heap of what Williams calls “cryptic messages” scattered throughout the record. And beyond that, there are also important points being made. Underneath the many sonic layers of “I Wanna Feel Again,” for example – which starts off with a melancholy, gently strummed guitar, before speeding up into a breakneck assault of guitars that then takes in a spoken word section – is a poignant narrative about mental health.

And while “I Shaved My Legs For You” sounds like an irreverent title, it was actually inspired by a visit that Williams, while working for a magazine, took to an S&M club to sell some advertising. It was the first time he’d been anywhere like that, and it expanded his mind. “I thought it was so awesome there was a place like that,” he says. “It was a window into the struggles that they face, but also the amount of love they share for each other was so heartwarming. I walked away being so glad a place like that exists because they really do face societal pressure in their pursuit of happiness. They use this place as a commune to share and express love with one another, but they do it in secrecy because if you take the actions out of the room, it would be considered violence. I just saw real beauty in that.”

It’s perhaps only Clowns that could romanticize that experience to that degree, but that demonstrates perfectly what’s so special about them – and about this record, in particular. This is punk rock with a difference, that uses traditional facets of that genre as a foundation, but then builds upon that to create something that’s both utterly unique and incredibly exciting. That coupled with their intricate musicianship, clever, incisive lyrics and their phenomenally high energy live shows is what convinced Fat Wreck Chords to release this record all around the world except for Australia, where the album will come out on Damaged, and which should see the five-piece melt the faces off of everyone who hears and sees them live.

“We try to really cram as much as we can into our songs,” explains Williams. “The average listener might just think it’s a punk record and be like ‘I want to get in the mosh pit and punch my best friend in the face to this music,’ but if someone really hones in on the lyrics and takes something away from it, I’m stoked on that too. It’s a cool thing that, and I’m just happy we’re still a band after this long, so every day is a win!” 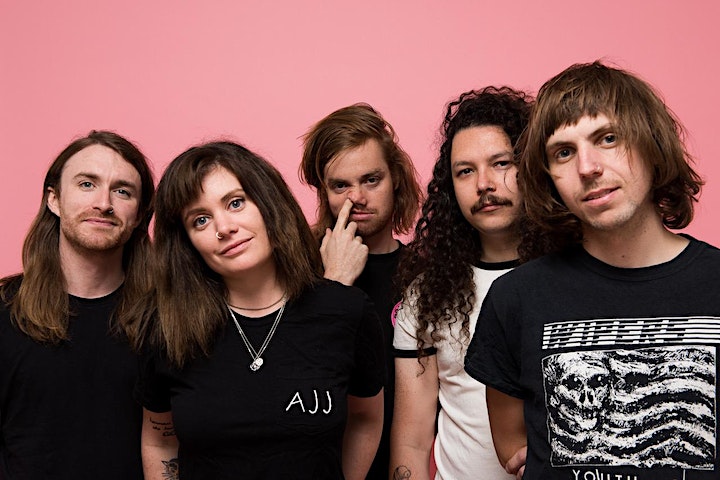 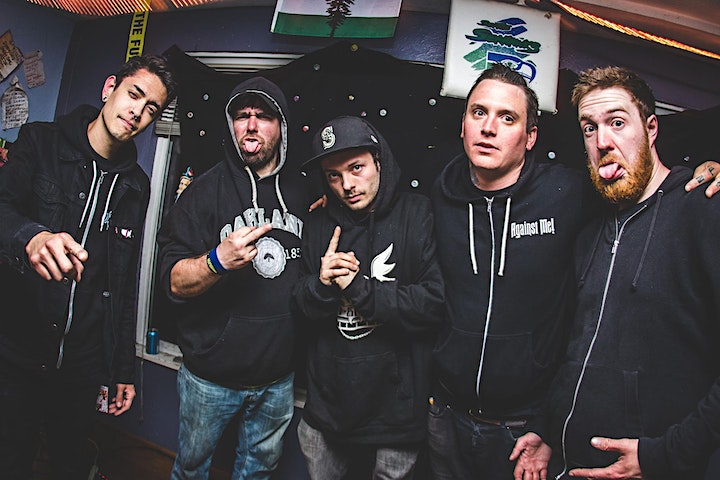 Members of On The Ground, The Eight Hour Disease, & Burn Burn Burn 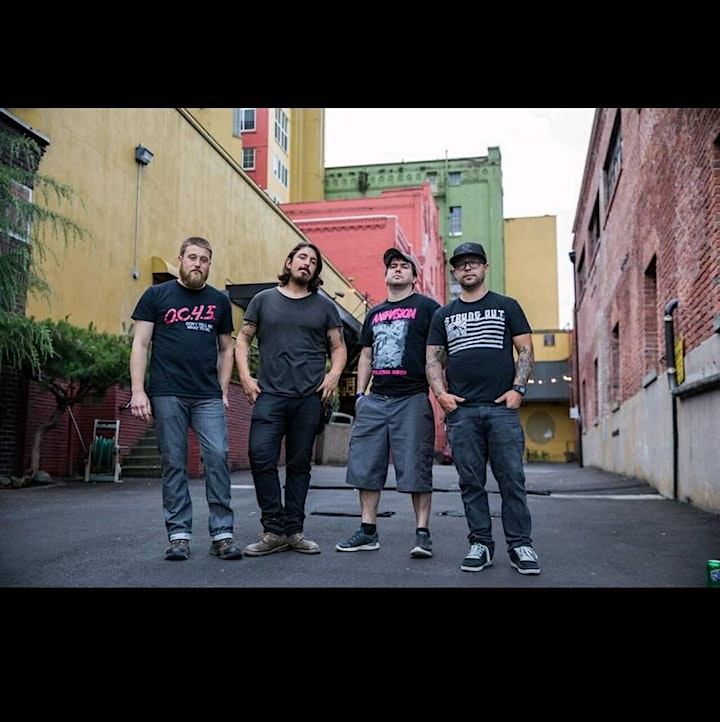 The Disorderlies are a a female-fronted melodic/pop punk/ska band from Seattle, WA that formed in 2010. 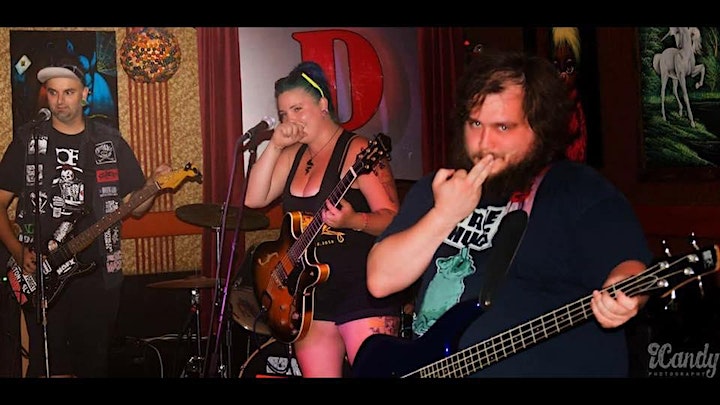