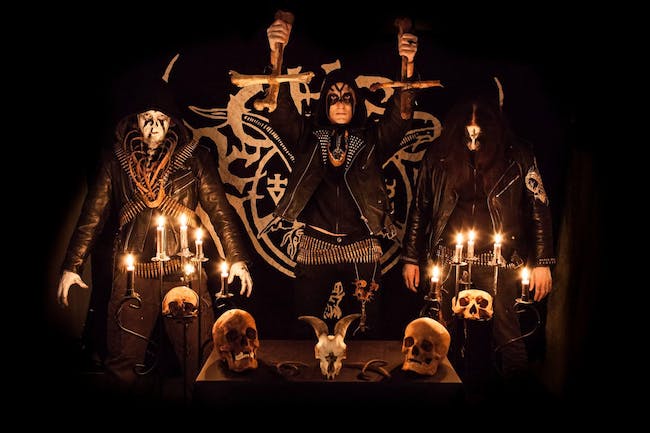 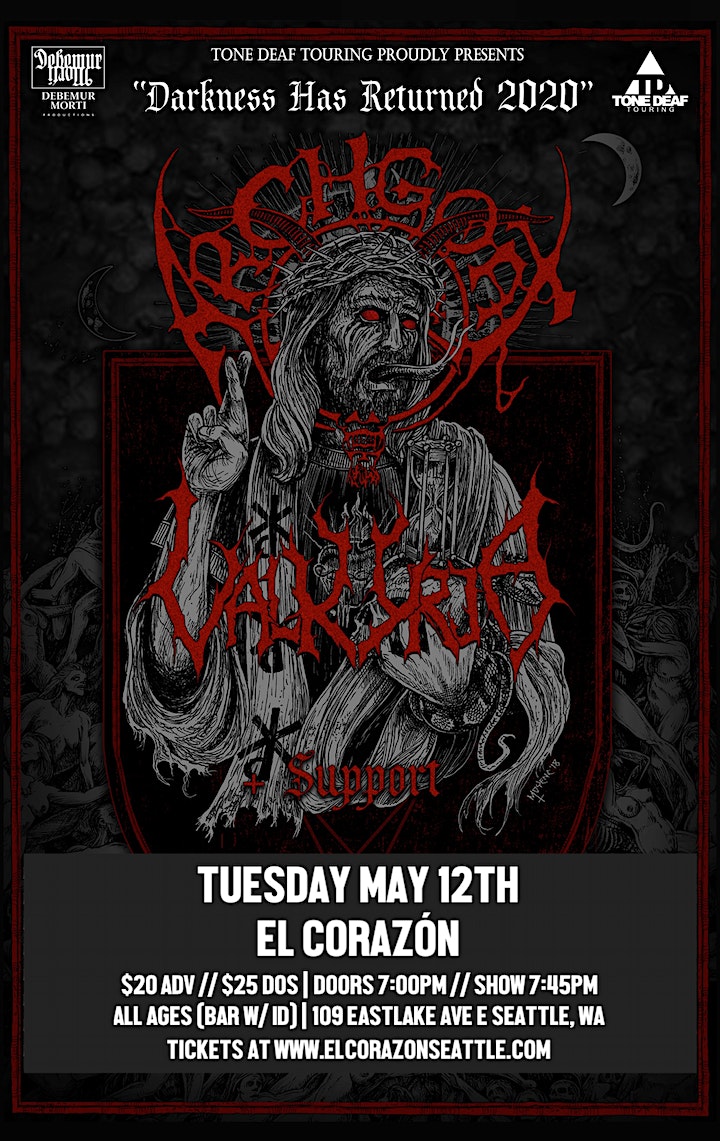 Archgoat was formed under the wings of Hell in 1989 to spread the word of the Rebel Angel. The line up consisted of Angelslayer (Growls of the Fullmoon), Ritual Butcherer (Axe of Black Mass) and Blood Desecrator (Bombardment).

First demo was unleashed in 1991 being called "Jesus Spawn". In 1992 an unholy alliance was forged between Archgoat and Necropolis Records and in 1993 MLP "Angelcunt (Tales of Desecration)" was released. Archgoat entered studio to record a full length release in 1993 for Necropolis Rec. After disagreement with the terms of Necropolis Rec. the material was kept from the masses and in late 1993 Archgoat decided to vanish from now so commercial Black metal scene.

The once so bright black flame was buried till 2004, when the horns raised again to continue the black crusade. Year 2004 saw the release of 1993 recorded material in form of "Angelslaying Black Fucking Metal" 7"EP through Hammer of Hate Rec. The line up was original with the exception of Blood Desecator was replaced with Leneth the Unholy Carnager as a session drummer. First live Black Mass in over a decade was performed in Kouvola, Finland 1.7.2005. Having done his services in the ranks Leneth was replaced with a permanent drummer Sinister K.

The Black Crusade Shall Continue Against the Religion of the Weak.... 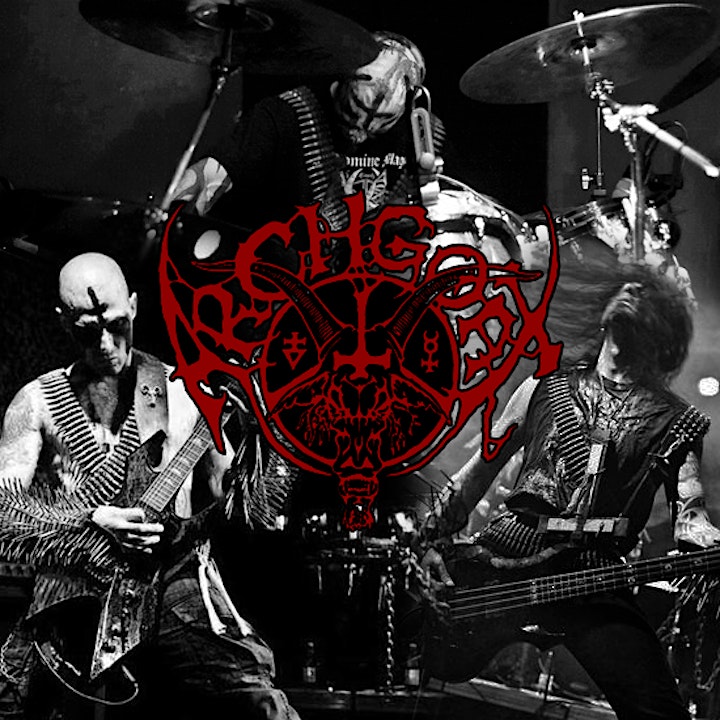 Valkyrja was founded in 2004 with the earnest intention of channelling violence, deprivation and loathing through means of extraordinarily potent audio emissions. Their ideals were permeated by passionate and boundless perversion – a sickly urge festering ever so vibrantly in the essence of its members. A will to cast off the manacles of societal enslavement and leave a dying world behind. While the brotherhood took shape, opposition and defiance surfaced from the deepest recesses of the mind; a fierce hostility towards the laws and morals of their surroundings, notions which felt entirely alien to the band's core.

As part of their philosophy of ridding themselves from limitations, no specific genre was ever chosen since it would only serve to establish a framework of useless expectation. The artistic output created under the flag of Valkyrja defies all earthly shackles, including those of commercial categorisation.

With ideology as lodestar, venturing into darkness without a backwards glance, they took their first fledgling steps on a road staked out by the night itself, Valkyrja’s debut album, The Invocation of Demise, was recorded in Necromorbus Studio during March 2007 and then released in physical form by Northern Silence Productions six months later. Valkyrja quickly gained their reputation as a ferocious live act; a display of carnal lust leaving each stage with the foul scent of death.

Drawn to the stench of putrid bereavement, Metal Blade Records contracted the band in 2009. "The Invocation of Demise" was treated to a re-release by their new ally, thus spreading the curse even further. .

The same year also saw a return to Necromorbus Studio for the recording of their second album, the most aptly named 2010 Contamination. The new tracks would prove to be a crucial part of the band's live setlist as they, the following autumn, embarked on their first European campaign.

Forged and conceived to reflect blood and fire - the third album, The Antagonist's Fire, set the world aflame on the eleventh day of the eleventh month in the year 2013. The opus also marked the beginning of Valkyrja’s long-running collaboration with German underground cult label World Terror Committee.

During the past decade, facilitated by Massive Music and accompanied by titans of extreme metal, over 100 different European cities has been forced to swallow the bitter wine of sonic violence. Furthermore, 2016 and 2017 saw two extensive North American tours with Valkyrja as co-headliner, during which 22 different states were soaked in rotten blood.

Five years after from the third opus, Valkyrja return under new guise.The past few years have seen the band subjected to several crucial line-up changes, igniting a period of utter despair that would sow the seeds for what has now come to pass: Throne Ablaze is set for worldwide release on November 26, 2018.

The album reflects the passion and dedication of everyone involved, those who face every storm – past and future - with weapon in hand. It will forever stand as a monument of continuous struggles – so right there, in the core of this strife to conquer every obstacle, kneel and obey the fires of the blazing throne! 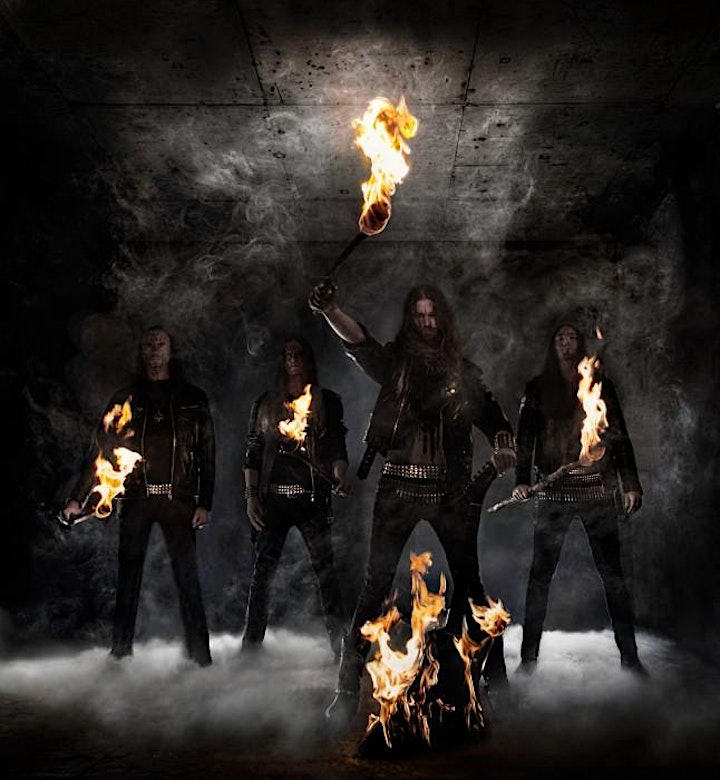