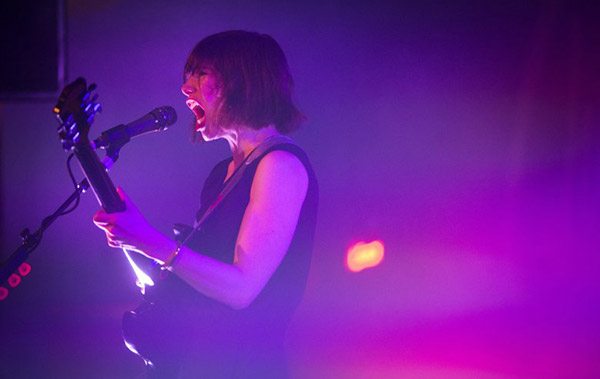 Our music writers were all over the Northwest in 2015, from dive bars to dance clubs to international jazz festivals. Eight of them look back on the year and choose their favorite shows.

As usual, our music critics look back at the year’s live concerts and list five they thought were tops. Also as usual, their lists reveal tastes that splay so wildly, from doom metal to roots rock to electronica to pop — and a music scene that is so marvelously diverse — that no single show turns up on two lists. (I was tempted to break this streak of incongruence by including Taylor Swift’s wow-prompting pop bash at CenturyLink Field but, in the end, more age-appropriate genres won out.) As you can see from these lists, 2015 was a rich and wonderful year in music, and it looks like we’re already headed into another one.

The Replacements, Paramount Theatre: A messy, glorious, perhaps inebriated showcase of ’80s hits (and nonhits) played, if not brilliantly, at least perfectly unbrilliant.

Elvis Costello, Paramount Theatre: Perhaps the best show Costello has ever played in Seattle, if only for the video of his father singing “If I Had a Hammer.”

Dave Rawlings Machine, Neptune Theatre: Rawlings attempted to turn back the clock on music to sounds that were popular 80 years ago — and succeeded.

Patti Smith, Moore Theatre: Smith is always on fire in Seattle, but this night she was particularly pleased to be onstage in the town “of Hendrix,” as she cried out.

Anat Cohen with the Seattle Repertory Jazz Orchestra, Kirkland Performance Center: Like shows with guests such as Quincy Jones and Clark Terry, the SRJO was lifted to a new level by this masterful, joyous Israeli reed player.

The Sonics, Moore Theatre: Back with a brand-new album, the Tacoma legends proved yet again you’re never too old to rock ’n’ roll.

Sleater-Kinney, Showbox: After a 10-year hiatus, Sleater-Kinney came roaring back, sounding as fierce and energetic as ever.

Barry Manilow, KeyArena: A hit-laden extravaganza from a master showman. Barry, we can’t smile without you.

Brian Wilson, Benaroya Hall: No matter how many times you’ve heard them, there’s nothing like hearing “God Only Knows” and “Good Vibrations” by the man who wrote them.

Various Artists, Chop Suey: This benefit for Hammerbox drummer James Atkins featured fine reunion performances by Hammerbox and the Gits, among others.

Ought, Sunset Tavern: The loquacious art-punk band is a smart, taut live act.

D’Angelo and the Vanguard, Showbox: The R&B legend broke his 14-year silence and came back like black Jesus.

Ariana Grande, KeyArena: Commercial pop with plenty of Lolita angles to overthink, but which in the end was just supremely fun.

Canh Solo, Speckled & Drake: An incredible hip-hop DJ set by one of our town’s best photographers. This multitalented artist is moving to Europe soon. Seattle’s loss.

Florence + the Machine (Ghost of a Saber Tooth Tiger), KeyArena: A boisterous, beat-driven blend of rock, soul, pop and folk.

Allen Stone, Triple Door: The mood was joyous and celebratory as Seattle soul singer Allen Stone took fans on a retrospective journey of his career.

Taylor Swift, CenturyLink Field: A dominating performance by the biggest pop star alive. If you weren’t there, you wanted to be.

Eric Church, KeyArena: Mainstream country music doesn’t get more authentic than Church’s. The connection he has to his songs and his fans was palpable.

Kenny Chesney and Jason Aldean, CenturyLink Field: The pair of country superstars teamed up for a wild, boozy night. The perfect summer show.

Yonatan Gat, Funhouse: The kind of guitar mastery that makes you conflicted about whether to stay up all night practicing or never pick up a guitar again.

Shellac, Tractor: Steve Albini’s shows double as music-nerd summits, and these two intimate nights found him and his minimalist trio as fun, funny and loud as ever.